The PM's allies are urging Tory MPs to "put the distraction of the past months behind us". 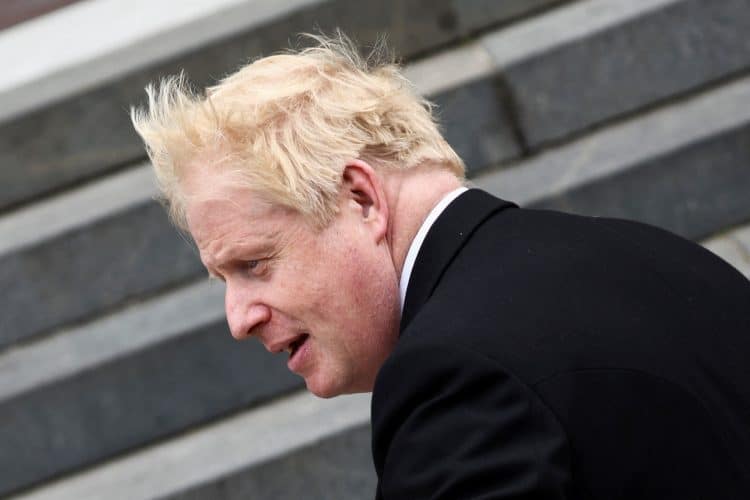 Boris Johnson is facing a vote of no confidence by Tory MPs amid anger across the party at the disclosures over lockdown parties in Downing Street.

Sir Graham Brady, the chairman of the backbench 1922 Committee, confirmed in a statement that he has now received the 54 letters from Conservative MPs needed to trigger a vote.

And, with the knives out for the prime minister, his allies are sharing a briefing note urging MPs to reject launching a “distracting, divisive and destructive leadership contest”.

The note, which was circulated on Twitter, suggested that by backing Johnson in today’s vote, the Tories would “put the distraction of the past months behind us” – and “focus on getting on with the job”.

Unsurprisingly, the briefing makes only a fleeting mention to the Partygate scandal. “The prime minister fully cooperated with every investigation, made substantial changes to Downing Street, and installed a new team. Today is finally a chance to move on and focus on people’s priorities.”

Instead, it touts Johnson’s supposed qualities. “Boris Johnson led this country through its biggest peacetime crisis in a generation,” it claims. “His leadership delivered the fastest vaccine rollout in Europe and delivered unprecedented economic support.”

Warning that the only beneficiary from a leadership contest is Keir Starmer, it warns that “a blue-on-blue civil war will be vicious and tear the party apart”.

It concludes: “The surest way to win is to show unity and focus on the issues that matter most to the people who put us in office – so back Boris Johnson today to move on and get on with the job.

Read the note in full here.

In order to oust the prime minister however the rebels will need 180 MPs, and allies of Johnson made clear he is determined to fight to stay on.

Speaking shortly after Sir Graham made his announcement, Health Secretary Sajid Javid told Sky News: “If there is (a vote) the prime minister will stand and fight his corner with a very, very strong case.”

Sir Graham said he had informed Johnson on Sunday that the threshold of 15 per cent of the parliamentary party calling for a vote had been passed.

“I have followed the rules that we have in place. I notified the prime minister yesterday and we agreed the timetable for the confidence vote to take place,” he said.

“He shared my view, which is also in line with the rules that we have in place, that that vote should happen as soon as it could reasonably take place and that would be today.”