Jesse Norman, an ex-ally of the PM, said his policy priorities were "deeply questionable". 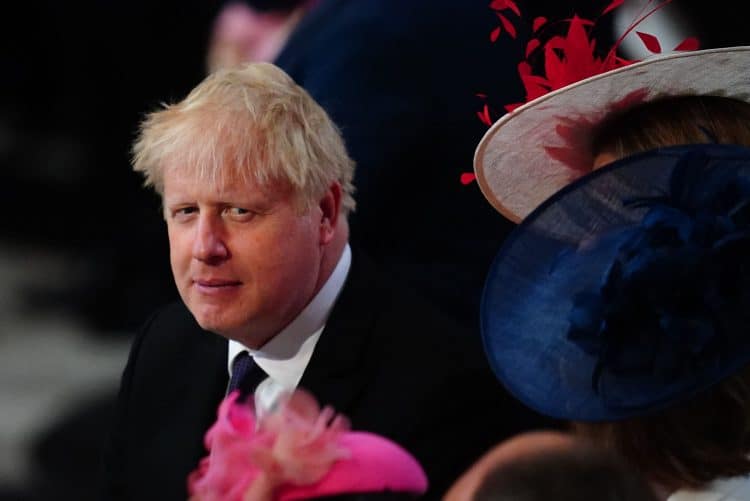 A former Tory minister has submitted a letter of no confidence in Boris Johnson, branding his response to the Partygate scandal “grotesque”.

In a coruscating letter posted on Twitter, Jesse Norman said Johnson had overseen “a culture of casual law-breaking” in Downing Street.

The MP for Hereford and South Herefordshire said the prime minister’s policy priorities were “deeply questionable” – and warned there were no circumstances in which he could serve in a government led by him.

Lashing out at Johnson’s approach to Brexit, Norman said that any breach of the Northern Ireland Protocol would be “economically very damaging, politically foolhardy and almost certainly illegal”.

“You are the leader of the Conservative and Unionist party, yet you are putting the Union itself gravely at risk,” he wrote.

He added that the government’s Rwanda refugee policy was “ugly, likely to be counterproductive and of doubtful legality” – and derided plans to privatise Channel 4 were “unnecessary and provocative”.

Norman’s intervention came just minutes before it was announced that Johnson is facing a vote of no confidence by Tory MPs amid anger across the party at the disclosures over lockdown parties in Downing Street.

Sir Graham Brady, the chairman of the backbench 1922 Committee, confirmed in a statement that he has now received the 54 letters from Conservative MPs needed to trigger a vote.

In order to oust the prime minister however the rebels will need 180 MPs, and allies of Mr Johnson made clear he was determined to fight to stay on.

Speaking shortly after Sir Graham made his announcement, Health Secretary Sajid Javid told Sky News: “If there is (a vote) the prime minister will stand and fight his corner with a very, very strong case.”