Campaigner Peter Stefanovic said Johnson was "so out of touch with the reality for working people in this country". 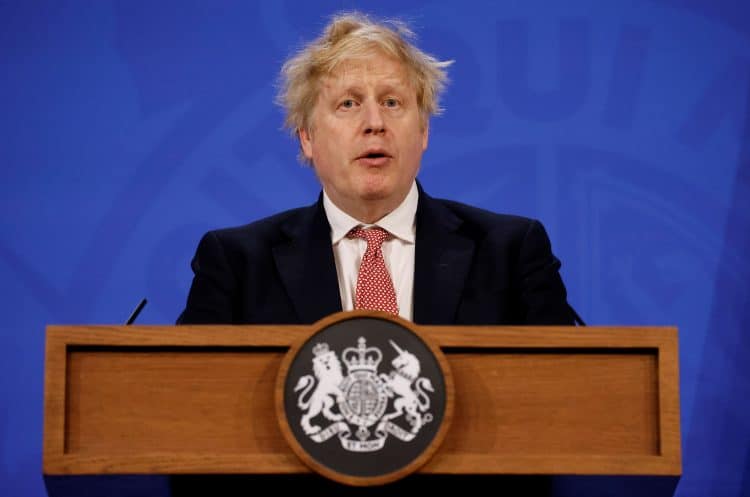 Boris Johnson has been slammed for suggesting British workers “learn from Germany” and not go to work if they are feeling unwell.

Questioned at a Downing Street press conference on the ending of Covid support packages and day-one statutory sick pay, Johnson said Covid was now “a disease like norovirus or flu” – and “people should think about how they interact with others and they should be respectful of others people’s health.”

He added: “That goes for any infectious disease that you may be bringing into contact with people who are vulnerable.

“In this country, I often heard it said over the last couple of years that we have a habit of going back to work or going into work when we are not well and people contrast that with Germany for instance where I am told they are much more disciplined about not going into work if you are sick and I’m suggesting that is something we could learn.

“As for me, I will exercise restraint and responsibility in trying to avoid infecting other people.”

But critics were quick to point out the discrepancies in statutory sick pay rules between Germany and the UK.

Whereas in Germany, sick pay is 50 per cent for 84 weeks, in the UK it is just £96.35 per week for 28 weeks. For the first six weeks, German employees are usually entitled to 100 per cent of their salary.

And, to make matters worse, as many as one-in-six UK workers in customer-facing sectors are entitled to no sick pay at all.

The discrepancy was also pointed out by campaigner and filmmaker Peter Stefanovic, who pointed out the UK has “one of the lowest sick pay rates in Europe”.

He said: “Imagine the prime minister’s shock when he looks on his own government’s website and finds that unlike other European countries, only people earning at least £120 a week qualify.”

“We have never had a government so out of touch with the reality for working people in this country,” he added.

Watch his viral intervention below.