Kim Darroch made reference to a speech made by Boris Johnson at a private gathering in 2018. 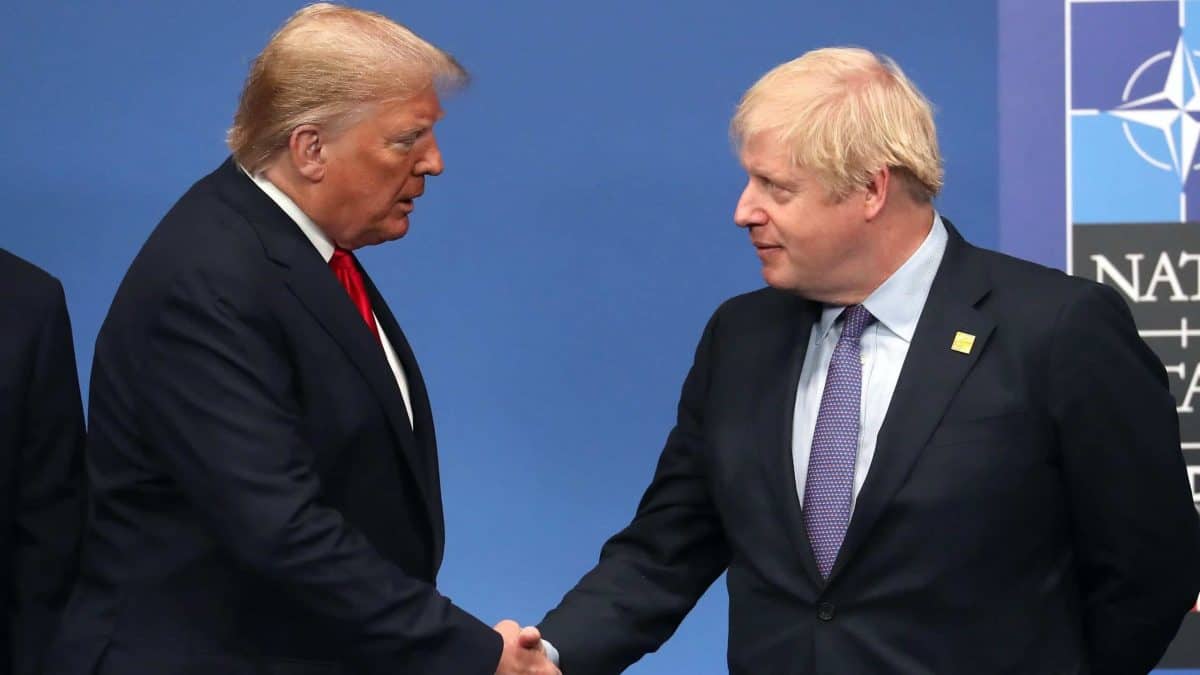 The UK’s former ambassador to Washington has said he wonders if there is an “aspect of the way Donald Trump would have done it” about Boris Johnson’s handling of Brexit talks.

Lord (Kim) Darroch referred to comments made by Mr Johnson in 2018, in which he reportedly said there would be “all sorts of chaos” at the start of Brexit negotiations if Mr Trump were in charge.

Speaking to BBC Two’s Newsnight, Lord Darroch said: “If you go back to the Prime Minister’s sayings back in 2018, he said – and this was picked up at the time at a private sort of gathering once: ‘If Donald Trump was negotiating Brexit, he would create chaos right at the start of negotiations. And, you know, all sorts of, you know, people would be outraged by what he was saying and demanding and there’d be huge rows. And then he might get a very good outcome. And we should, we should, we should think about that’.

“That was when he was becoming increasingly dissatisfied with the then track of the Brexit negotiations.

“And now as I watch him and the Government conduct the post withdrawal future relationship arrangements, I just wonder if there’s an aspect of the way Donald Trump would have done it and how he is doing it.”

Lord Darroch was forced to stand down last year after diplomatic cables he wrote criticising the Trump White House as “inept” and “dysfunctional” were leaked to the press.

He told Newsnight he did not regret the terms in which he reported.

“I spent 40 years in the Foreign Office writing in these terms and people hitherto had thought it a strength and an asset,” he said.

“There is nothing unusual in reporting in clear and direct terms.

“WikiLeaks shows American diplomats reporting in direct terms and the US embassy was reporting directly about how the UK government was handling Brexit.”