“While the Prime Minister said no deal is a ‘good outcome’ our report shows that it may lead to significant disruption and will have a significant negative economic impact." 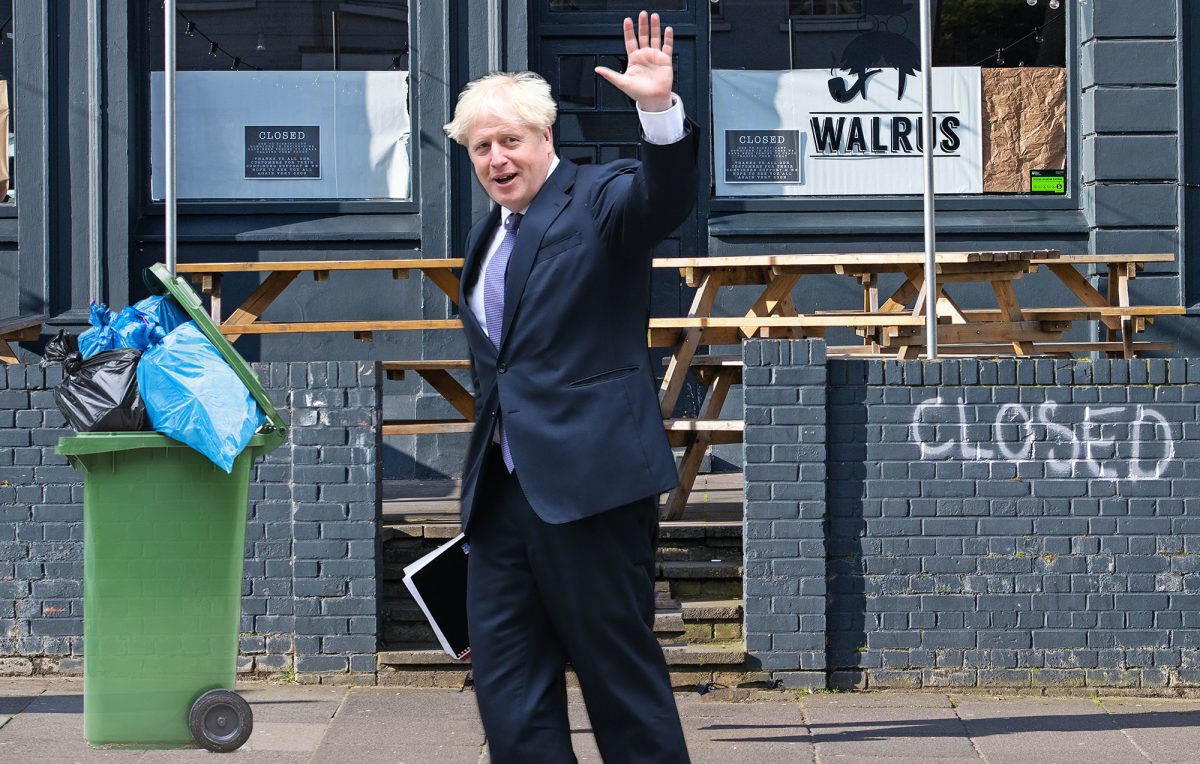 As the PM announced a raft of new measures to try and stem the increase in Covid infections and deaths, he has come under fire over his Government’s response to Brexit.

Johnson has been accused of ‘trashing’ the reputation of the UK over the divorce plans and cited over how much damage to the economy would occur in a no-deal scenario.

Think tank UK in a Changing Europe has predicted that failure to reach an agreement with the EU in post-Brexit trade talks could hit Britain’s economy three times harder in the long term than Covid-19.

This worrying report comes as Shadow foreign secretary Lisa Nandy has accused the PM of “trashing” the UK’s global reputation at a time when it should be leading global efforts to tackle the coronavirus pandemic.

Ms Nandy said: “The last Labour government, led by Gordon Brown, during the financial crisis brought the world together and helped people to understand that it was in every country’s interest perhaps to give a little in order to gain a lot.

“That is what is missing right now and, with the US having stepped outside of that leadership role, there is a real need for countries like Britain and Germany to come together, to step forward together.

“But at precisely that moment, the British Government has chosen to trash our relationships around the world.

“And that is why Labour is determined that we will be participants and not just spectators in the battle that is to come and help to bring the world together.”

Trade deal talks between the two sides are continuing with a deadline of Oct 15, set by the PM himself. If nothing is agreed he claims he will walk away without a deal.

Professor Anand Menon, director of the UK in a Changing Europe, said: “While the Prime Minister said no deal is a ‘good outcome’ our report shows that it may lead to significant disruption and will have a significant negative economic impact.

“As significant will be the political fallout of no deal, particularly with the UK and EU, but also inside the UK, particularly Northern Ireland, and internationally too.”

UK in a Changing Europe group based their research on modelling in alliance with the London School of Economics.

The authors added “The claim that the economic impacts of Covid-19 dwarf those of Brexit is almost certainly correct in the short term.

“Not even the most pessimistic scenarios suggest that a no-deal Brexit would lead to a fall in output comparable to that seen in the second quarter of 2020.

“However – assuming a reasonably strong recovery, and that government policies succeed in avoiding persistent mass unemployment – in the long run, Brexit is likely to be more significant.

“Our modelling with LSE of the impact of a no-deal Brexit suggests that the total cost to the UK economy over the longer term will be two to three times as large as that implied by the Bank of England’s forecast for the impact of Covid-19.”