A policy brief report released in August found that the rise in vacancies in the UK was highest in jobs that relied most heavily on EU workers - such as warehouse and transport workers. 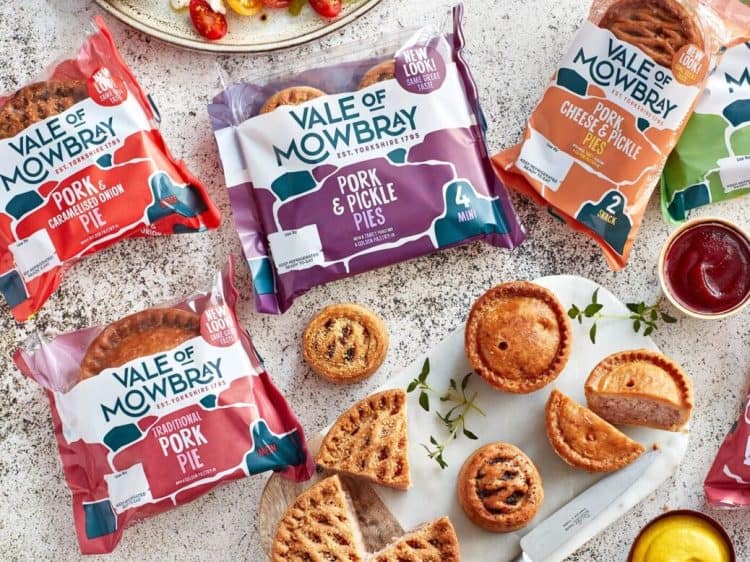 Pork pie maker Vale of Mowbray has gone into administration on the back of challenges caused by rising costs and UK labour shortages.

According to Just Food, advisory firm FRP is seeking a buyer for the family-owned business in Leeming Bar, North Yorkshire, having been appointed as joint administrators on 28 September, when 171 staff were made redundant.

A further 48 have been retained during the winding-up process.

“A marketing process was conducted to attract fresh investment into the business but, without any viable offers and without the resources to continue trading, the directors have appointed administrators and closed the business.”

As part of the administration process, FRP partner Martyn Pullin said Vale of Mowbray’s two freehold factories in Leeming Bar will be sold, along with machinery and intellectual property rights.

“The Vale of Mowbray was a proud family business with a loved brand that has been synonymous with pork pies for generations. But the increasingly difficult trading conditions being experienced by many energy and labour-intensive manufacturing businesses have ultimately led to the business’ closure,” Pullin added.

“We are urgently calling on any interested parties to come forward. In the meantime, we are preparing to wind up the business’ operations and move towards an asset sale in line with our statutory obligations. We are on-site and supporting staff, through what is an extremely challenging time, as we support claims to the Redundancy Payments Service.”

A policy brief report released in August found Brexit had exacerbated the labour market problems in the UK.

It stated that the rise in vacancies in the UK was highest in jobs that relied most heavily on EU workers pre-pandemic, such as hospitality and warehouse and transport workers.

This was a reflection of “persistently unfilled vacancies”, as outmigration reduces the number of workers available, it stated.