"Everywhere else is going to have electric self-driving cars while we’re saying things like “how many goats for a barleycorn of ale, innkeep”", James Felton said. 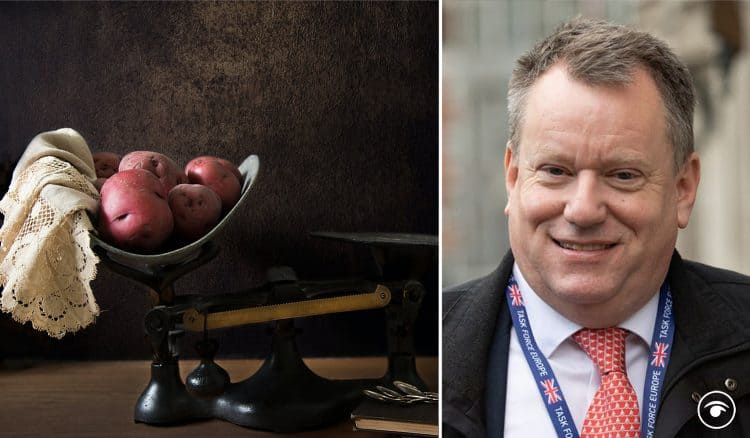 Ministers have set out plans for the return of the crown stamp on pint glasses and pledged to review a ban on marking and selling products in imperial units.

The move came as Brexit minister Lord Frost set out plans to ditch Brussels’ rules and claimed “gloom-mongers” have been proved wrong following the UK’s departure from the European Union.

The Government intends to review the content of retained EU law – which was preserved in UK law for continuity after the transition period ended in December 2020.

Lord Frost’s comments came despite ongoing uncertainty over Northern Ireland’s trading arrangements and shortages in shops across the UK, which critics say Brexit has exacerbated.

The minister told peer: “A lot of things haven’t happened that the gloom-mongers said would happen and I don’t think are going to happen.”

He said, “this economy and this country is prospering vastly already under the arrangements that we are putting in place” adding: “High standards need to reflect the context we are operating in.

“I am sure there will be change, but don’t believe those changes will result in regression of standards.”

He said the purpose of the reforms was to “improve the productivity of the UK by putting in place regulations that are tailored to our conditions”.

Measures include permitting the voluntary printing of the crown stamp on pint glasses and reviewing the EU ban on markings and sales in pounds and ounces – with legislation “in due course”.

Shareholders will be able to have digital certificates instead of paper ones and regulations governing clinical trials and medical devices will be changed.

“The world moves on”

Lord Frost insisted: “We are a high standards country. That doesn’t mean we don’t intend to change them. The world moves on.

“High standards need to reflect the context we are operating in.

“I am sure there will be change, but don’t believe those changes will result in regression of standards.”

In the Commons, the shadow international trade secretary, Emily Thornberry, was scathing about what she sarcastically described as “the marvellous Brexit deal which is working so well at present”.

She said the country “faces continuing shortages of staff and supplies exacerbated by the Government’s Brexit deal, while businesses across the country face mounting loses in trade with Europe”.

In Northern Ireland people “remain stuck in limbo as the Government refuses to implement the Brexit deal that they negotiated,” she said.

“Into all of that along comes the new Paymaster General to talk about all the wonderful opportunities that await us because of the marvellous Brexit deal which is working so well at present.”

Needless to say there was plenty of reaction on social media to the plans.

Here’s what people had to say.

Related: In this together? Sunak gets planning permission for pool as he cuts UC