The wins could indicate which direction Labour needs to turn in order to win back support. 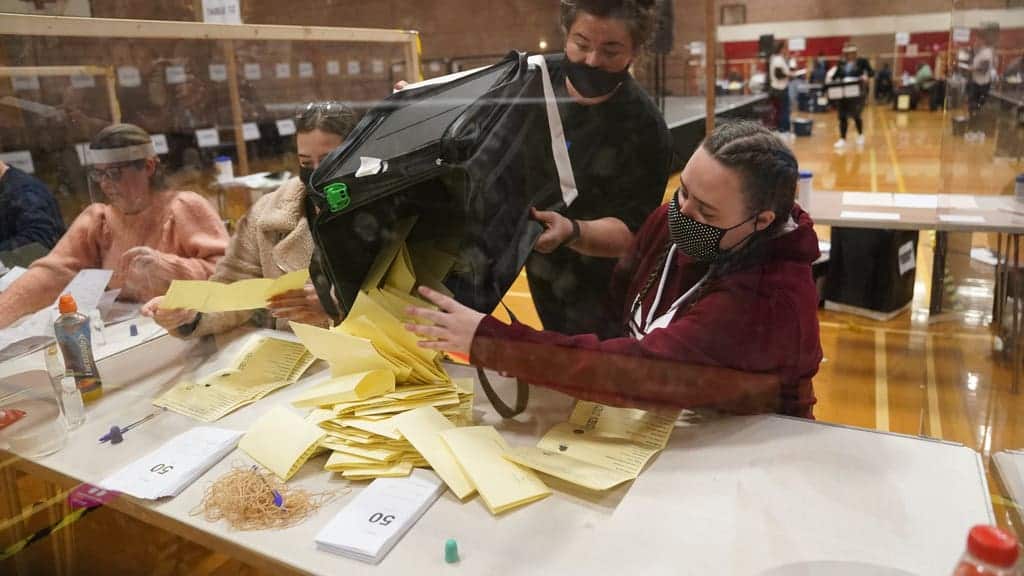 Sir Keir Starmer has pledged to do “whatever is necessary” to rebuild trust in Labour following a devastating defeat in the Hartlepool by-election.

After seeing another pillar in its once impregnable “red wall” fall to Boris Johnson’s Tories, the Labour leader told his party to “stop quarrelling among ourselves” and address the needs of the country.

In a stunning victory, the Conservatives overturned a majority of 3,500 at the general election to take the seat – which had been Labour-held since it was formed in 1974 – with a majority of 6,940.

The bruising result – described as “absolutely shattering” by one shadow cabinet minister – prompted calls from across the party for a change of direction.

But it wasn’t all bad news for Labour. We’ve picked out some of the positives below:

Welsh Labour looks set to win the Senedd election after the party fought off challenges from the Tories to key red wall seats in North Wales.

Labour First Minister Mark Drakeford said his party had “exceeded expectations” and ended Friday with 30 seats, just one short of a majority.

The results of eight remaining regional seats, for South Wales Central and South Wales East, will be announced on Saturday, though Labour is not expected to pick up any more from that number.

Meanwhile, the Welsh Conservatives have 12 seats, including taking Vale of Clwyd from Labour, Plaid Cymru have nine having lost former leader Leanne Wood’s Rhondda seat to Labour, and the Liberal Democrats have one.

Liverpool has elected its first black female mayor as Labour held on to the role despite corruption allegations.

Joanne Anderson was named as the successor to Joe Anderson on Friday, after the former mayor chose not to stand following his arrest as part of a Merseyside Police fraud investigation.

After her victory, Ms Anderson, no relation to her predecessor, apologised for the previous administration, referring to the findings of a report by local government inspector Max Caller, which included themes of bullying, intimidation, “dubious” deals and “jobs for the boys”.

Speaking after she was declared the new mayor, Ms Anderson said: “The first thing I want to do is apologise to the city for what’s happened in terms of the Caller investigation and what’s happened under the previous administration.

“I’ve stood up because I want to make this right and I will do everything in my power to make it right.”

Honoured to be elected as your Mayor of Liverpool. Thank you for putting your faith in me.

Today, WE made history ✊?? pic.twitter.com/P8PEpsM6Yp

In London’s mayoral contest, Labour’s Sadiq Khan goes into Saturday with a lead of 24,267 first preference votes over Tory rival Shaun Bailey after the first seven constituencies declared, a closer contest than many had predicted.

The other mayoral contests will also be keenly watched – Andy Burnham’s profile in Greater Manchester has seen him become the bookmakers’ favourite to replace Sir Keir as the next Labour leader, even though he is not in the Commons.

And finally, victories for several candidates on the Labour left show socialism is still alive and well in Britain.

In Preston, the council retained all of its seats after delivering on an ambitious agenda which you can read about here.

In Preston, Labour’s left-wing council has retained all of its seats. Their plans for the next twelve months include a worker co-op for taxis, a publicly-owned cinema and a council-run bank.

There is an alternative to defeat and desperation – it’s called socialism.

Similar results in Salford saw socialism trend on Twitter, with Grace Blakely saying the party now has a choice between that or Pasokification.

Congratulations all our brilliant @SalfordLabour councillors and @paul4citymayor for bucking the national trend today and delivering a brilliant set of results. Brilliant people with a bold vision for an amazing city with amazing people. Municipal socialism at it's best. #Salford pic.twitter.com/Aj4CiHW7gU

Labour has a choice to make: socialism or Pasokification.