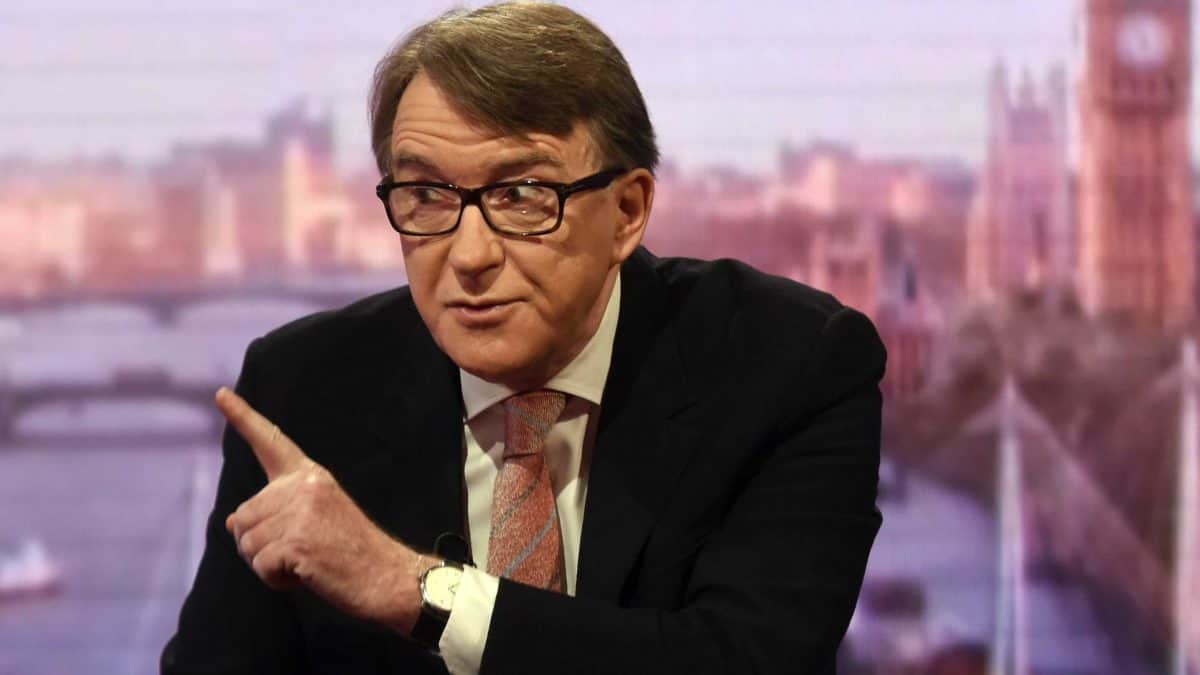 It is “simply a myth that Labour can win from the left”, Peter Mandelson has claimed.

“I would like to think that, through the party’s successive election losses since, New Labour is now increasingly looking very attractive,” Mandelson reportedly said.

“As we view the records of successive Tory governments, our record is looking better. And as we see the performance of prime ministers since Tony Blair, you could look back and see Blair as an attractive fusion of good values, high competence and strong vision for the country.

“That is likely to emerge further, in time – at least I hope so, obviously – but I think it would be better to reframe the question as follows: Why is the most successful electoral period in Labour’s entire history something that many in the party repudiate rather than want to emulate?”

Mandelson sought to compare the reaction to Miliband’s defeat in 2015 with how Blair, Gordon Brown and himself dealt with losing.

“We did actually analyse and draw some difficult conclusions about our defeats at Thatcher’s hands,” he told students. And the conclusion that we reached was that there were elements of Thatcher’s settlement that were irreversible.

“Not because we were neoliberals, but because some of these changes were necessary. Trade union reform, privatisation of old nationalised industries, and a change from the corporatism that had clearly failed by the end of the 1970s.”

The election of Ed Miliband over his brother, David, was an “absolutely pivotal” moment, he added.

“The defeat of David Miliband by Ed Miliband was then an absolutely pivotal moment in the breeding and fostering of the negative associations that you’re talking about,” Mandelson said.

“The revisionism would have, in other words, continued. Instead, it was explicitly rejected by Ed and the process of delegitimising New Labour, begun under Gordon, was then given decisive impetus by Ed.”

He added: “I’m afraid it’s simply a myth that Labour can win from the left. It’s what many in the party cling to despite all the evidence to the contrary, but we have to win from the centre, and then pursue as progressive an agenda in government as we possibly can.”

The delusion, as Mandelson sees it, that Labour could win on a platform of “true socialism” reached its “apotheosis” in 2017, under Corbyn.

He said: “Corbyn claimed – just as Tony Benn had claimed that 8 million people voted for socialism in 1983 – that 40 per cent of the public were suddenly converted to the far left’s view. In fact, 2017 of course was a Brexit election.

“It was like a rerun of the referendum the year before, when the Leave half of the country lined up solidly with the Tories, and indeed increased the Tories’ vote share, and the Remain vote quit the Lib Dems and swung around behind Labour, raising our vote share too.

“That’s what that was about. It wasn’t a vote for socialism. It was actually a vote for Remain.”