Protestors gathered in Bristol, Manchester, London and several other cities on Saturday evening, in opposition to a controversial new bill that critics say will limit the right to protest. 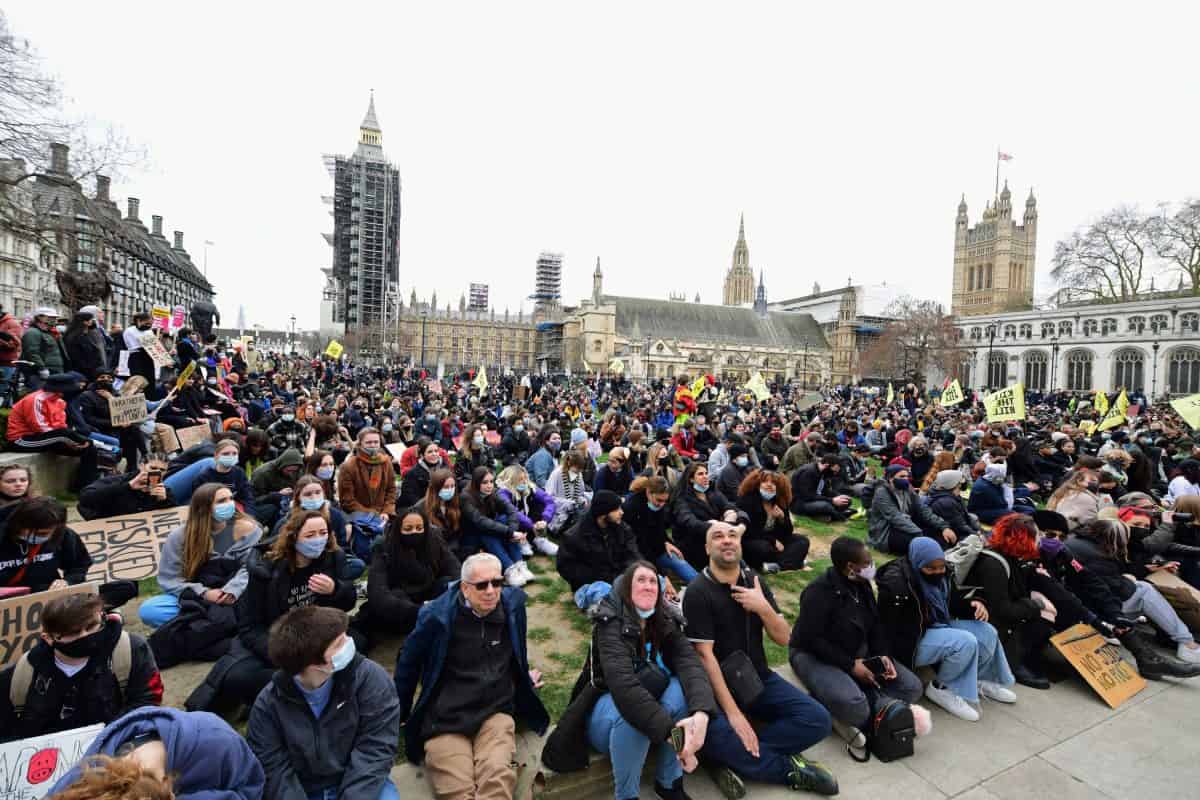 The Metropolitan Police has attracted fresh criticism from civil liberties campaigners after two independent legal observers were among 107 people arrested at a ‘kill the bill’ march through central London on Saturday.

Protestors gathered in Bristol, Manchester, London and several other cities on Saturday evening, in opposition to a controversial new bill that critics say will limit the right to protest.

In London, thousands marched from Hyde Park to Parliament Square – where speeches were given against the police, crime, sentencing and courts bill, which passed its second reading in parliament last month.

Clashes broke out between police and protesters. Most arrests were of protesters who had been kettled by police near Aldwych early on Saturday evening.

A BPLS spokesperson said the arrests were concerning and egregious, adding that the pair were wearing high-vis bibs identifying them as legal observers – and were complying with police instructions to move away from the kettle and maintain distancing when arrested.

One was released from policy custody at 2am on Sunday, while the other was detained until 9am. The pair should have fallen under exemptions from coronavirus restrictions.

“We’re really concerned by the continued and systemic use of violence against protesters and independent legal observers”, the spokesperson said, adding that the arrests undermined their ability to independently monitor police conduct.

Sam Grant, the head of policy and campaigns at Liberty, said arresting legal observers was “an intimidatory tactic to deter protest”.

“Legal observers help to make sure protesters’ rights are respected and police act within the law,” he said. “If officers believe they are acting lawfully, they should welcome this scrutiny.

“Continuing to arrest independent monitors is a scandalous attack on the right to protest and demonstrates exactly why people are taking to the streets against the government’s plans to give the police even more powers.”

Scotland Yard confirmed that a man and a woman acting as legal observers were arrested in The Strand. Both were arrested under health protection regulations and reported for consideration for a fine, they said.

The 107 arrests made in London on Saturday were for a wide range of alleged offences – including breaching the peace, violent disorder, assault on police and breaches of Covid-19 legislation. One woman was arrested on suspicion of possession of an offensive weapon.

Commander Ade Adelekan of the Metropolitan Police said the vast majority of protestors had been peaceful – but a small number were “intent on remaining to cause disruption to law-abiding Londoners”.

“Despite repeated instructions from officers to leave, they did not and, amid increasing levels of disorder, arrests were made,” Adelekan said.