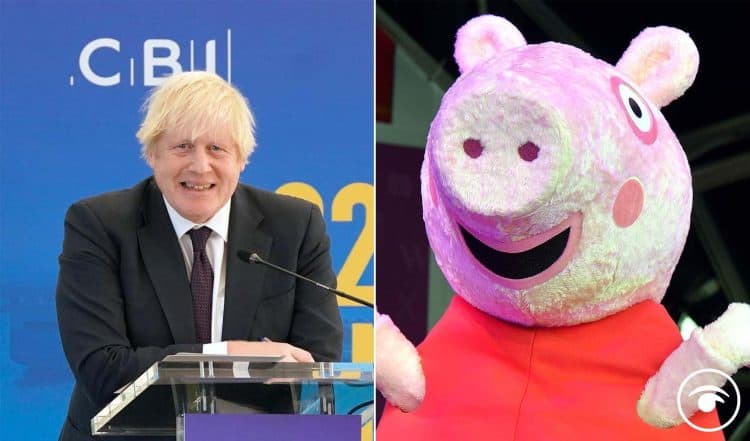 TSSA general secretary, Manuel Cortes, has hit out at Boris Johnson for his bizarre speech to business leaders today during which he rambled about Peppa Pig.

At the CBI Conference on Tyneside Johnson again attempted to cover up the broken promises about High Speed 2 and Northen Powerhouse Rail announced last week in the Government’s so-called Integrated Rail Plan.

Business bosses have “had enough”

Commenting, TSSA General Secretary, Manuel Cortes, said: “What we heard today from Johnson was yet more flannel aimed at covering up the great train robbery of the North which was served up last week in the shape of the so-called Integrated Rail Plan.

“Even the business bosses have now had enough of this rambling, shambles of a Prime Minister who lacks the vision our country so desperately needs. The CBI’s reaction to his claims about rail in the North of England, in the face of broken promises, says it all. No one is buying Johnson’s nonsense anymore.

“Frankly Johnson appears to be delusional. The sooner this charlatan leaves office, the quicker we can get on with dealing with the reality of the difficult challenges that we face, from climate change to the pandemic.

“He is at the head of a Government mired in scandal. However, he’s right to raise Peppa Pig in one sense – she would be far more effective in Downing Street!”