No wonder they want to keep it open past 10pm! 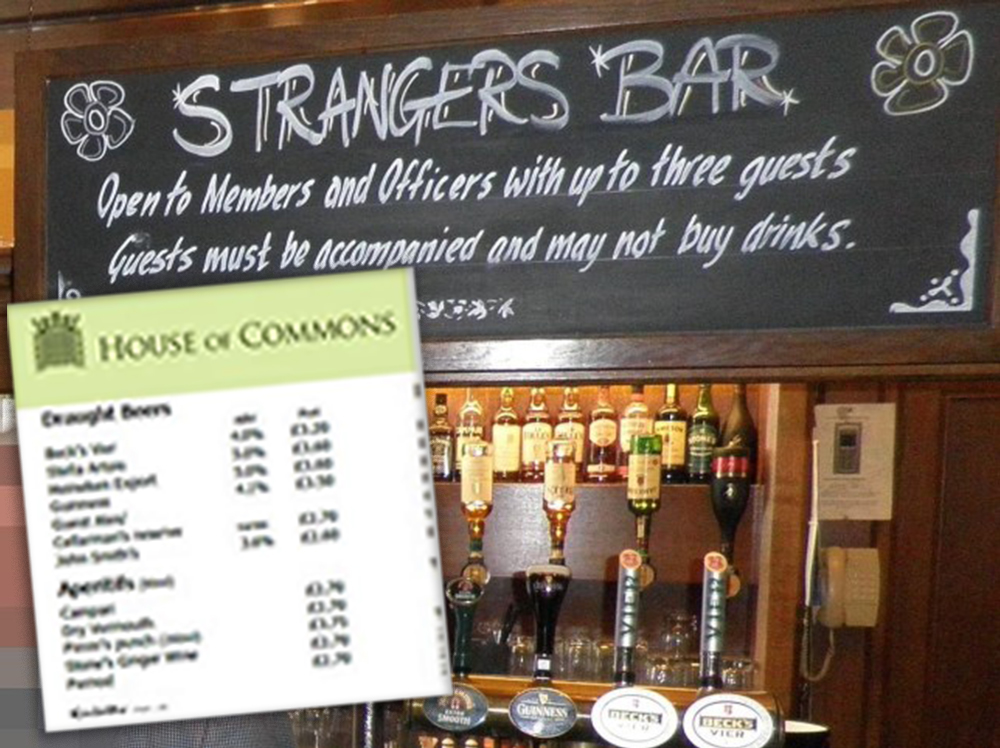 Heavily subsidised bar prices in the House of Commons left people pining for a career in politics today after the drinks list went viral on social media.

With a pint of Stella costing just £3.60 and a John Smith’s coming in at £2.60 it is easily the cheapest place to drink in central London, with many local Westminster establishments charging double that price.

Elsewhere MPs can also tuck into a British leek and potato soup for a pound and a penny in the Terrace Cafeteria and enjoy a three course meal of soup, steak and cheese for just over £15 in the Members’ Dining Room.

The government was forced into another embarrassing U-turn yesterday after it was revealed Houses of Parliament bars were exempt from the new 10pm curfew.