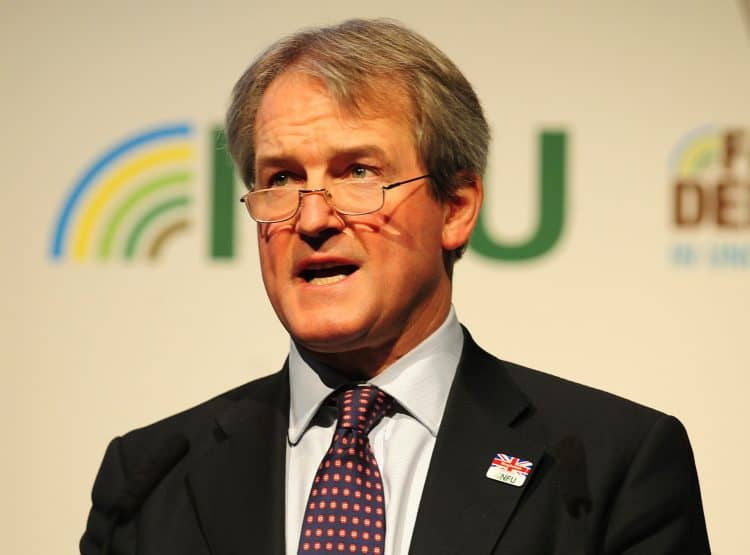 Downing Street has refused to rule out the possibility that Owen Paterson could be handed a peerage following his resignation.

The former cabinet minister quit as an MP on Thursday after the government was forced to U-turn following an attempt to overhaul the parliamentary complaints procedure to save Paterson from a 30-day suspension.

The North Shropshire MP had been found guilty by standards authorities of breaching Commons rules by lobbying ministers on behalf of two companies paying him more than £100,000.

But, on Friday, the prime minister’s official spokesman refused to rule out Paterson being appointed to the House of Lords.

A No 10 spokesman said: “I’ve seen the speculation on that, there’s obviously a formal process for peerages.”

Paterson being handed a seat in the House of Lords would be “grotesque and deeply offensive”, Nicola Sturgeon subsequently claimed.

Speaking at Cop26, Scotland’s First Minister – who derided Paterson’s behaviour as “classic corruption” – said: “It would be grotesque and deeply offensive that somebody who had been found to breach standards by an independent process of investigation, who ended up resigning from the Commons albeit through a messy process, ended up being put back into politics through the House of Lords.

“But I say that as someone who is opposed to unelected peers sitting in the House of Lords.”

No single “anti-sleaze” candidate will be fielded to challenge the Tories to replace Paterson after Labour and the Lib Dems confirmed they would fight the by-election.

Casual communications between the opposition parties to field a unity candidate in North Shropshire had taken place, but the move was not considered viable and both parties said on Friday they would fight for the seat.

Paterson, a long-standing friend of the Prime Minister, had been found to have breached Commons rules by lobbying officials and ministers for two companies paying him more than £100,000 a year.

The rural constituency is considered ultra-safe for the Tories, with Paterson having held it since 1997, but allegations of sleaze aimed at the Conservatives under the current leadership will likely feature strongly in the contest.

A date is yet to be set for the by-election in North Shropshire, where Paterson won 63 per cent of the vote in 2019, beating Labour by nearly 23,000 votes, with the Lib Dems coming third.

A Lib Dem source added: “The Liberal Democrats are the anti-sleaze party in this election and the best placed to win votes from the Conservatives.

“We came second to the Tories in last May’s local elections in North Shropshire, showing that we are the main opposition to Boris Johnson’s sleazy and corrupt Government here.”

Discussions surrounding a unity candidate were understood to have fallen flat with it being decided that the Political Parties Elections and Referendums Act introduced in 2000 makes it challenging for parties to share data, funding and staff.

But the Lib Dems were talking up their chances following their shock victory in the former Tory safehold of Chesham and Amersham in June.

Officials expect concerns over controversial planning reforms could again feature on the doorstep, as well as the Conservatives’ handling of sewage polluting rivers.