Hislop dissected the Paterson affair in a cutting minute of television. Must-watch. 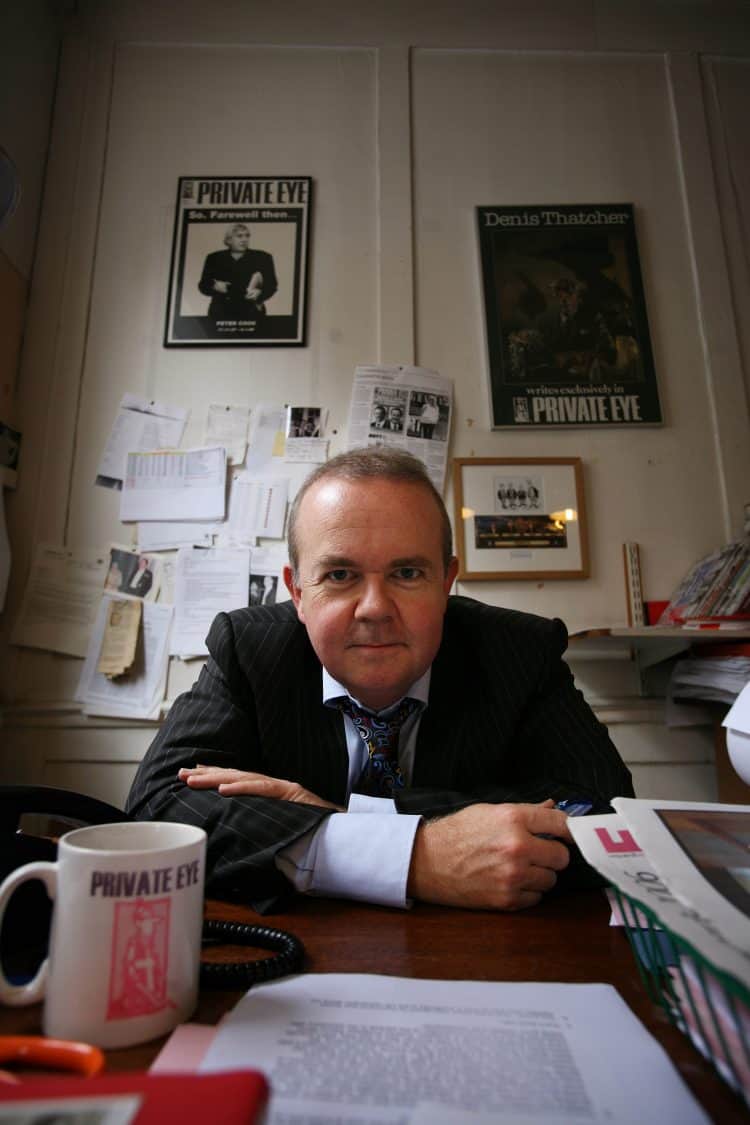 INDEPENDENT IAN HISLOP, EDITOR OF PRIVATE EYE, IN THE OFFICES OF THE MAGAZINE IN SOHO, LONDON 17.10.06 PH: TOBY MADDEN

Ian Hislop has accused Tory MPs of seeking to undermine “democracy, transparency and accountability” in a must-watch monologue on Have I Got News For You.

The fallout from the Owen Paterson scandal has left Boris Johnson counting the cost of a humiliating government U-turn.

The Prime Minister now faces the prospect of a by-election in North Shropshire which will be dominated by allegations of sleaze following Paterson’s resignation.

In a cutting minute-long explainer of the affair, Private Eye editor Hislop said Tory MPs who voted through changes to parliamentary sleaze laws were “absolutely disgraceful”, saying they “should be ashamed of themselves”.

And he suggested the “really quite shocking” scandal came about because of the parliamentary standards commissioner’s pending investigation into Johnson’s controversial holiday to Mustique at the start of 2020.

Related: Peerage for Paterson would be ‘grotesque and offensive’, Sturgeon says