“If I had a magic wand, I would vote for stopping Brexit altogether, warning it is a lose-lose situation." 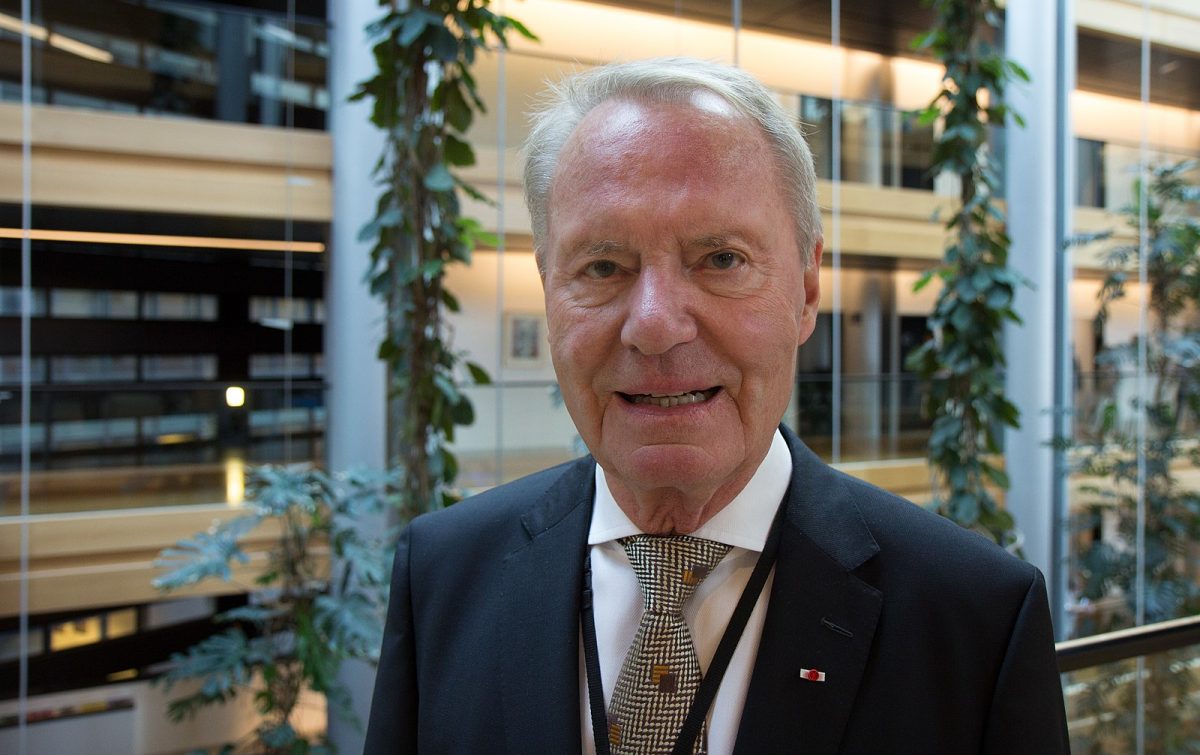 A Eurosceptic MEP hit ‘peak Brexit’ yesterday after calling Britain’s split from the union an EU plot that must be reversed.

Speaking to the Express, Hans-Olaf Henkel claimed it was “no accident” that former president Jean-Claude Juncker had “picked a French bureaucrat” for the job.

“I am convinced that French and other forces in Brussels actually wanted Britain to leave as it was always Britain which stood in the way of ‘more Brussels’ and ‘more government’ and ‘The United States of Europe’ and that Barnier, despite his public statements, would see Britain rather leave than stay.

“It is no accident that ex-president Jean-Claude Juncker picked a French bureaucrat for this job.

“That means he is highly intelligent, well educated and has perfect manners.”

“In the beginning of the negotiations on Brexit he outsmarted the British government (Theresa May) by insisting that before they start discussing a Trade Agreement, the EU should have an agreement on the critical issue of the border between Northern Ireland and Ireland plus a British commitment on the price of the exit.”

He continued: “Why did Theresa May agree to the sequence of items to be negotiated? Why were the British negotiators always so poorly prepared when they met with Barnier.

“Why did Britain change their negotiators so frequently? You may want to count them. Were there three, four or five while Barnier always stayed in the same job?”

“If I had a magic wand, I would vote for stopping Brexit altogether”

And the politician, who sat alongside the Conservatives in the European parliament, went as far as saying he wish he could reverse Brexit.

“If I had a magic wand, I would vote for stopping Brexit altogether, warning it is a lose-lose situation.

“It is a lose-lose-situation for Britain and the EU. It has one other advantage: Michel Barnier would be without a job.”