Odds on Liz Truss to leave this year are plummeting

Rishi Sunak is favourite to replace her, followed by Penny Morduant and new chancellor Jeremy Hunt. 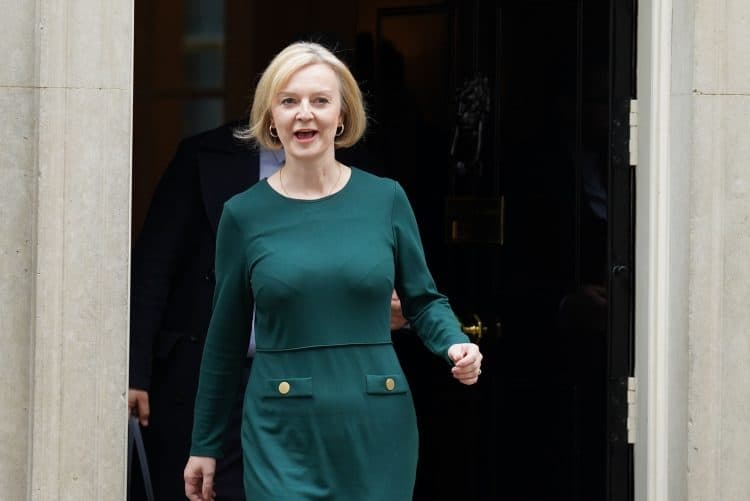 Liz Truss is just 5/4 to leave her role before 2023 – down from 11/2 yesterday – as some senior Tory MPs consider her position to be untenable.

The prime minister has vowed to see through her low-tax agenda as she announced a major U-turn after sacking Kwasi Kwarteng as Chancellor.

Admitting she had to change course, she reversed a key policy to scrap the planned rise in corporation tax from 19 per cent to 25 per cent, saying:

“It is clear that parts of our mini-budget went further and faster than markets were expecting so the way we are delivering our mission right now has to change.”

Meanwhile, Truss’ Conservative leadership rival Rishi Sunak has been backed into 2/1 to become the next Tory Party leader, ahead of Penny Mordaunt (5/1), new Chancellor Jeremy Hunt (7/1) and Kemi Badenoch (8/1).

William Hill spokesperson, Tony Kenny, said: “It’s very much crisis mode for the government with first Kwasi Kwarteng departing and now Liz Truss in serious trouble after their mini-budget went down like a lead balloon.

“Our markets suggest it’s now doubtful whether Truss will remain as Prime Minister by 1st January next year, with this mini-budget backlash continuing to serve up some dire consequences for the government.

“As a result, we’ve seen increased support for former Chancellor Rishi Sunak to become the next permanent Conservative Party leader, with his odds of 2/1 to take the reins reflective of the extraordinary current state of British politics.”

Related: Liz Truss’s dad said to be ‘appalled’ by his daughter’s policies

Trump backed into favourite for next President