The former Tory deputy chief whip was once accused of acting like a "pound shop Harvey Weinstein" by a former accuser. 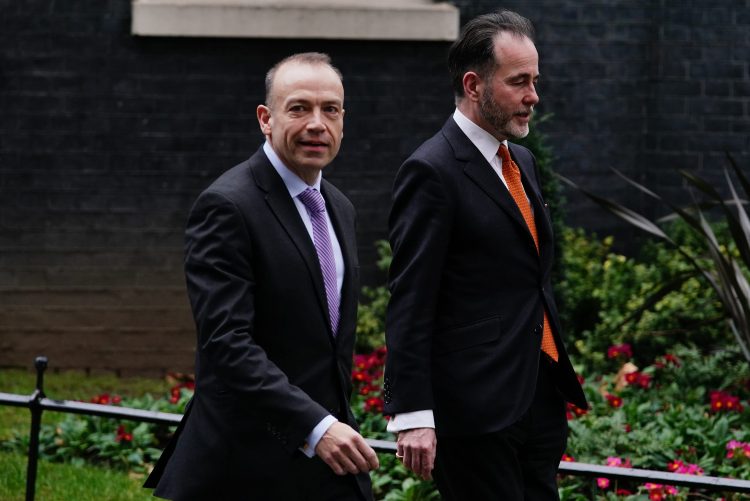 Boris Johnson had no reason to block the appointment of Chris Pincher as Tory deputy chief whip, Downing Street has said, despite appearing to acknowledge there had been concerns about him.

Mr Pincher dramatically quit on Thursday after a drunken incident in which he allegedly groped two male guests at a London private members’ club.

The Prime Minister was under pressure to go further and suspend him from the Tory Party, while opposition parties said his position as an MP was untenable.

Downing Street appeared to acknowledge that there had been concerns when he was appointed to the key post of deputy chief whip, with responsibility for discipline over Tory MPs, in February.

However a No 10 spokesman said the Prime Minister had not been made aware of anything that would have prevented the appointment going ahead.

“In the absence of any formal complaints, it was not appropriate to stop an appointment on the basis of unsubstantiated allegations,” the spokesman said.

Meanwhile, the only two women Tory MPs to chair Commons select committees – Caroline Nokes and Karen Bradley – have called for a policy of “zero tolerance” for any such alleged conduct, with any MP facing such allegations having the Conservative whip withdrawn while they are investigated.

In a joint letter to the Prime Minister, they said: “The party and, by extension, the Government are at risk of serious reputational damage by the current approach.

“We urge you to act swiftly to introduce a code of conduct for all Conservative members of Parliament which is clear in terms of the expectations of behaviour and which can be applied in a fair, independent manner so as to avoid any suspicion of bias.”

In 2017, Pincher referred himself to the police following accusations he made an unwanted sexual advance at former Olympic rower and Conservative activist Alex Story.

He was accused of acting like a “pound shop Harvey Weinstein” at the time the story was broken, which was around the time that dozens of women had come forward accusing the film producer of sexual abuse.

Writing in the Mail on Sunday, Story said in 2001 Pincher had untucked his shirt, massaged his neck and told him: “You’ll go far in the Conservative Party.”

Pincher replied at the time: “I do not recognise either the events or the interpretation placed on them by The Mail on Sunday.

“Whatever may or may not have happened or been said was obviously many years before I became an MP. If Mr Story has ever felt offended by anything I said then I can only apologise to him.​”