The sacking of Michael Gove is not going down well in the Conservative party. One former Boris Johnson ally tells me: “Sacking Gove is revenge. But Boris is now detached from reality. He is now like Putin.” 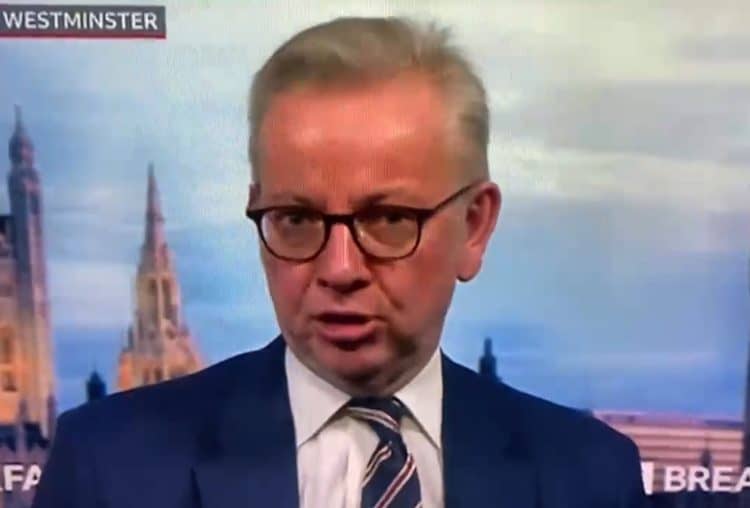 A defiant Boris Johnson has rejected calls from Cabinet colleagues to quit after support for his leadership collapsed at Westminster.

The Prime Minister met ministers in No 10 on tonight, where he was told he had lost the confidence of the Tory party and could not continue in office.

BBC’s Chris Mason then tweeted: “‘You cannot have a snake who is not with you on any of the big arguments who then gleefully briefs the press that he has called for the leader to go. You cannot operate like that,’ a No10 source tells me.”

The former Levelling Up, Housing and Communities Secretary, who famously stabbed Mr Johnson in the back during his 2016 leadership bid, had earlier urged him to quit Downing Street as the Tory coup ramped up.

The BBC reported that Communities Secretary Mr Gove had been sacked, with a No 10 source telling the broadcaster: “You cannot have a snake who is not with you on any of the big arguments who then gleefully briefs the press that he has called for the leader to go.

This was HOURS ago!

A source close to the Prime Minister said he told his colleagues there would be “chaos” if he quit and the party would almost certainly lose the next election.

The source said Mr Johnson was “continuing to focus on delivering for the public” and addressing the “hugely important issues facing the country”.

Neither Mr Shapps nor Mr Zahawi are expected to resign, despite the Prime Minister’s refusal to go.