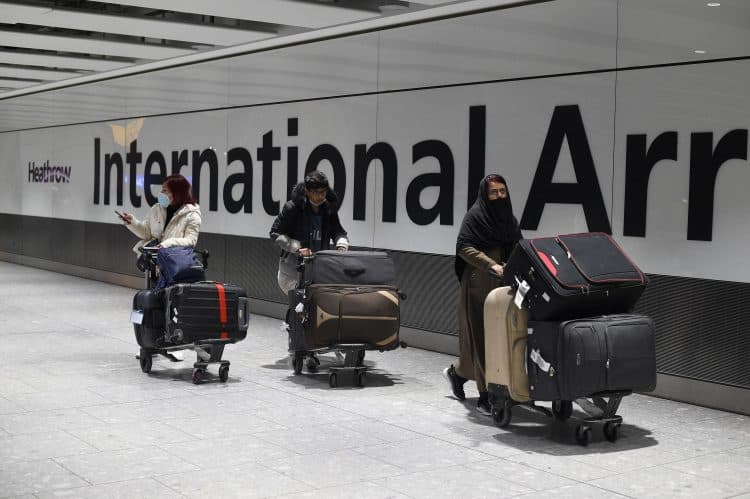 Nigeria has accused Britain of “travel apartheid” after the African country was added to the red list, forcing all arrivals into expensive mandatory quarantine.

Sarafa Tunji Isola, Nigeria’s high commissioner in London, said the decision to add Nigeria to the red list – alongside ten other African countries – was “wrong” and “panicky”.

He said Covid was a global virus, not restricted to Nigeria or other African countries – and urged a “global approach” to tackling the omicron variant, “not a selective travel ban”.

Isola added that the UK’s decision amounted to “travel apartheid”.

Speaking on BBC Radio 4, he said that 67 passengers had tested positive for the new variant on arrival in Nigeria – of which “the majority” were from the UK. There had been just three other cases within Nigeria, he said.

And he claimed that omicron was proving to be a mild variant. “There have been no hospitalisations, no deaths. It is quite different from the delta variant. This has to be based on scientific and empirical evidence, not a panicky situation,” he said.

The high commissioner suggested that, while Nigeria was looking to deepen diplomatic relations with the UK, the travel ban would “hamper that”.

“This position should be reviewed. We should not wait for three weeks to review it. To err is human and we must admit that it’s an error,” he said.

Meanwhile US health officials say that while the cmicron variant of coronavirus is rapidly spreading throughout the country, early indications suggest it may be less dangerous than Delta, which continues to drive a surge of hospital admissions.

Reports from South Africa, where it emerged and is becoming the dominant strain, suggest that hospital admission rates have not increased alarmingly.

“Thus far, it does not look like there’s a great degree of severity to it,” Dr Fauci said. “But we have really got to be careful before we make any determinations that it is less severe or it really doesn’t cause any severe illness, comparable to delta.”

“Hopefully we’ll be able to lift that ban in a quite reasonable period of time,” Dr Fauci said. “We all feel very badly about the hardship that has been put on not only on South Africa but the other African countries.”