Annalena Baerbock’s appeal to find a solution to the deadlock came as she was due to meet Foreign Secretary James Cleverly. 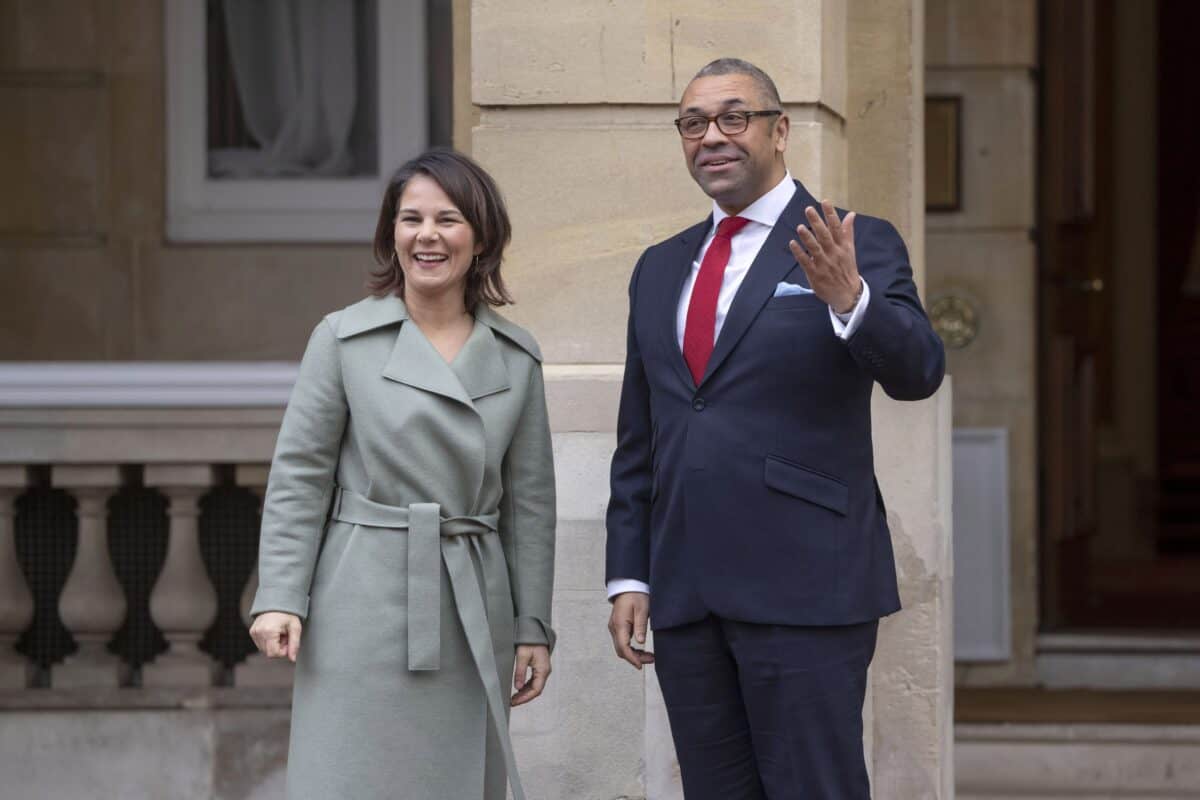 Northern Ireland’s post-Brexit trade arrangements are the “Achilles heel” to continuing relations between the EU and the UK, Germany’s foreign minister has said.

Annalena Baerbock’s appeal to find a solution to the deadlock over the Northern Ireland Protocol came as she was due to meet Foreign Secretary James Cleverly on Thursday to discuss support for Ukraine and the UK’s relationship with Germany.

In a statement ahead of her visit, she said: “To this day, the Achilles heel of our relations, as the EU, with the United Kingdom is the implementation of the Northern Ireland Protocol.

“It is key that we find a responsible and pragmatic solution for Northern Ireland, on the basis of existing agreements.

“It is the only way we will realise the full potential of our partnership.

“At the same time, as we engage in our new relationship, we are under an obligation to get the very best results for those who are directly affected.

“While we cannot turn back the clock, we can decide to step forward into a good common future.”

The protocol aims to prevent a hard border on the island of Ireland.

But members of the unionist community are unhappy with the difficulties it creates for trade between Northern Ireland and Great Britain.

The Democratic Unionist Party (DUP) has refused to co-operate with forming a devolved Executive in Stormont until issues with the agreement are resolved.

The UK and EU continue to discuss the protocol, while the Government maintains it could use the Northern Ireland Protocol Bill to unilaterally overhaul the arrangement if negotiations fail.

Baerbock said her visit to London “is about jointly looking to the future after Brexit”.

“Jointly looking to the future”

She added: “We will be meeting for our first German‑UK Strategic Dialogue, through which we aim to make our partnership fit for the future.

“For this, we need to build new bridges in the areas of youth exchange and worker mobility, as well as for university students and research – in short, in areas where people come together.

“Furthermore, we want to engage in even closer dialogue, so that we can provide Ukrainians with weapons and winter relief, as well as help them with sanctions packages, so that they can win the war and live in freedom and peace, like us.

“The sooner (Russian President Vladimir) Putin realises that his brutal war of aggression is doomed to fail, the more swiftly we can begin to hope for an end to the war.”