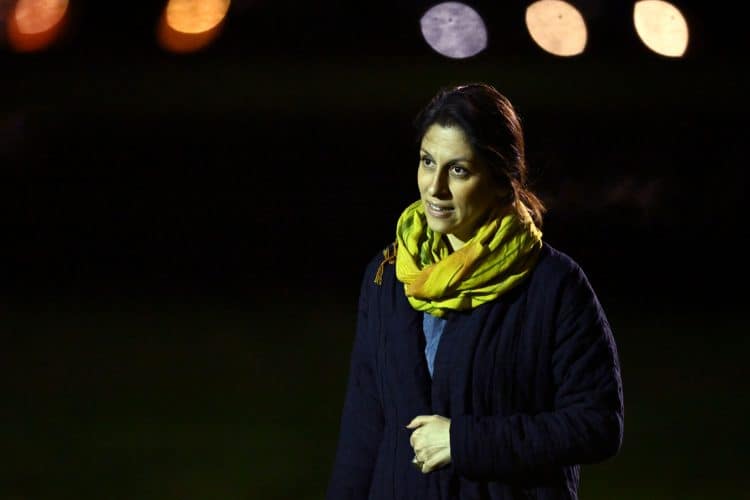 Nazanin Zaghari-Ratcliffe has called for an end to the detention of other dual nationals still held in Iran, saying without their release “the meaning of freedom is never going to be complete”.

Speaking in public for the first time at a press conference following her release from detention, the British-Iranian mother paid tribute to her husband Richard Ratcliffe for his campaign to keep her plight in the spotlight.

But the 43-year-old, who landed back in Britain on Thursday after the UK finally agreed to settle a £400 million debt dating back to the 1970s, criticised the Government for the length of time it took to secure her release.

Zaghari-Ratcliffe also highlighted the continued detention of British-US national and wildlife conservationist Morad Tahbaz, who, according to his family, has gone on hunger strike after he was taken back into prison after just 48 hours on furlough.

‘The meaning of freedom’

She told reporters at Portcullis House: “I believe that the meaning of freedom is never going to be complete as to such time that all of us who are unjustly detained in Iran are reunited with our families.

“To begin with Morad, but also the other dual nationals, members of religious groups, or prisoners of conscience who are … I mean, we do realise that if I have been in prison for six years there are so many other people we don’t know their names who have been suffering in prison in Iran.”

Zaghari-Ratcliffe, who was detained on April 3 2016 by the Iranian Revolutionary Guard at Imam Khomeini airport after a holiday visit with Gabriella to her parents, thanked those who campaigned for her release, saying she was “powerless” in prison.

Referencing her husband thanking the Government a few moments earlier, she said: “I do not really agree with him on that level.”

She said she had seen five foreign secretaries over the course of six years, adding: “That is unprecedented given the politics of the UK. I love you Richard, respect whatever you believe, but I was told many, many times that ‘Oh we’re going to get you home’.

‘Should have happened years ago’

She said this resulted in her finding it difficult to place trust in them, adding: “I mean, how many foreign secretaries does it take for someone to come home? Five?”

With daughter Gabriella in the front row of the audience, Zaghari-Ratcliffe said the journey back home was “tough” as she told of the moment she was reunited with her family back in the UK.

“That moment was precious,” she said.

“It was a very, very emotional moment.”