Caroline Nokes said she hoped the Culture Secretary’s comments do not deter others from reporting sexual harassment. 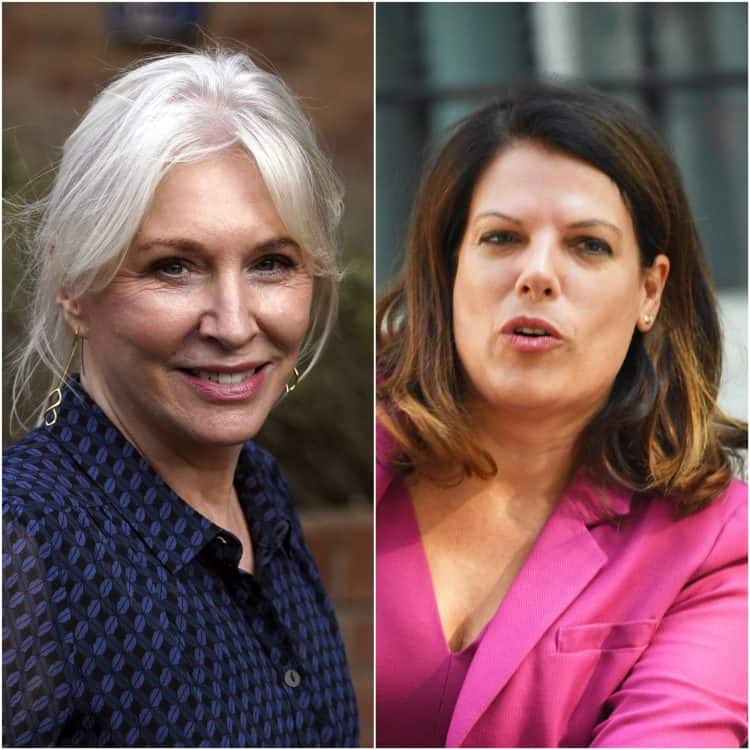 Tory MP Caroline Nokes has criticised Culture Secretary Nadine Dorries for using “considerable influence and power in the media” to dismiss her allegation of inappropriate touching against Stanley Johnson, the Prime Minister’s father.

Nokes, chairwoman of the Commons Women and Equalities Committee, said she was disappointed that the Cabinet minister chose to “denounce me in this way” and hoped her comments do not deter others from reporting sexual harassment.

In an interview with the Daily Mail, Dorries rejected her Conservative colleague’s allegation, which also prompted a journalist to accuse former Tory MEP Mr Johnson of having groped her.

“I have known Stanley for 15 years. He is a gentleman. It never happened to me. Maybe there is something wrong with me.”

Nokes said she had hoped the panel on which she accused Mr Johnson of smacking her on the bottom and making a vulgar comment in 2003 would “empower and encourage other women to speak out”.

“I am very sorry the Secretary of State at the Department for Digital, Culture, Media and Sport has used her considerable influence and power in the media to denounce me in this way, and I very much hope her attitude does not deter other women from being brave enough to report their experiences of public sexual harassment,” Nokes said.

Johnson, 81, has not denied the allegations but said he has “no recollection” of either incident.

“I can remember a really prominent man smacking me on the backside about as hard as he could and going, ‘Oh, Romsey, you’ve got a lovely seat’,” Nokes said earlier this month, before identifying the man as Stanley Johnson.

Her allegation prompted Ailbhe Rea, a journalist with the New Statesman, to allege Mr Johnson groped her at the Tory party conference in 2019.

‘I expected better from Nadine’

Jess Phillips, the shadow minister for domestic violence and safeguarding, who appeared on the Sky News discussion where Nokes first detailed the allegation, said it is a “common mistake” for people to think individuals they like cannot perpetrate sexual harassment or violence.

“It’s the thing that silences victims. It reminds them to shut up about their experiences,” the Labour MP said.

“I’ve got to say I expected better from Nadine. I’m not surprised though, it’s the most common response to disbelieve.

“I’m not entirely sure why she thinks Caroline would lie. Where’s the benefit?”

Labour has called on the Conservative Party to investigate the allegations, but it has declined to say whether a probe would be launched.