Labour said the government must "redouble efforts to protect the public through strengthening the vaccination programme". 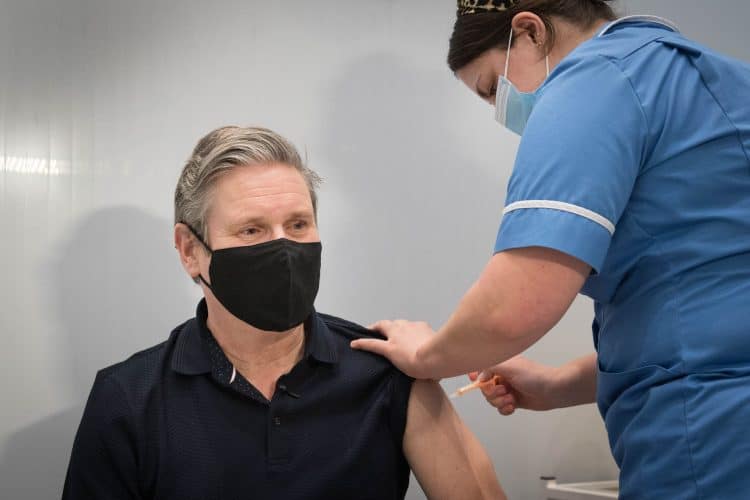 The Labour Party has called on the government to boost the country’s Covid-19 defences after a new variant was discovered in South Africa.

The new strain – designated Omicron – has been named as a “variant of concern” by the World Health Organisation.

On Friday, Health Secretary Sajid Javid said there is “huge international concern” surrounding the strain after six countries – South Africa, Botswana, Lesotho, Eswatini, Zimbabwe and Namibia – were put on the UK’s red list, with travellers coming from those countries needing to quarantine on arrival.

He later said the government is still following its Plan A for managing Covid-19 this autumn, but Labour is calling for more to be done.

A Labour spokesman said it is asking the government to carry out four steps to “redouble their efforts to protect the public through strengthening the country’s vaccination programme”.

It wants the date people are eligible for booster vaccines to be brought forward to five months, immediate clarity on whether people under 40 will be eligible for a booster and from when, immediate clarity from the JCVI (Joint Committee on Vaccination and Immunisation) on the rollout of the vaccine to children under 12 and a plan to ensure all hospitals have an adequate supply of antiviral drugs.

The spokesman said: “Stepping up the vaccination programme should be a priority, alongside ensuring that hospitals have the antivirals needed, and putting in place a plan to improve ventilation and sick pay.”

Labour’s shadow health minister Alex Norris said: “This new variant is a wake-up call. The pandemic is not over, we need to urgently bolster our defences to keep the virus at bay.

“Vaccination remains our greatest tool in the fight against the pandemic. The government needs to give clarity on the next steps for the booster programme.

“We must not lose the gains we have made through vaccine rollout. Ministers must grip this fast.”

The demands from Labour come after Sage (Scientific Advisory Group for Emergencies) adviser Professor John Edmunds said the government “needs to be prepared to act fast”.

He told Times Radio on Saturday: “I think we need to prepare, we need to run through our options. And the government needs to be prepared to act fast.

He added that he “wasn’t sure” why rules such as mask-wearing were not retained, adding: “Some of the aspects of Plan B really are fairly costless – wearing masks, for instance, doesn’t actually cost the government anything. I’m not quite sure why we didn’t retain that in any case.

“It probably has some effect. It’s not the most effective of measures but it has some effect, and it doesn’t cost anything. So I would certainly put those sorts of things in place.”

Prof Edmunds said the new strain “is a huge worry” and that “all the data suggests” it would be able to evade current immunity.

He told BBC Radio 4’s PM programme: “Our fears are it would do so to a large extent.”

He also urged ministers to look at extending travel restrictions and to prepare a plan to deal with Omicron because “at some point we’re going to get this variant here in the UK.”