"You mess with Boris you get Dorries", apparently. 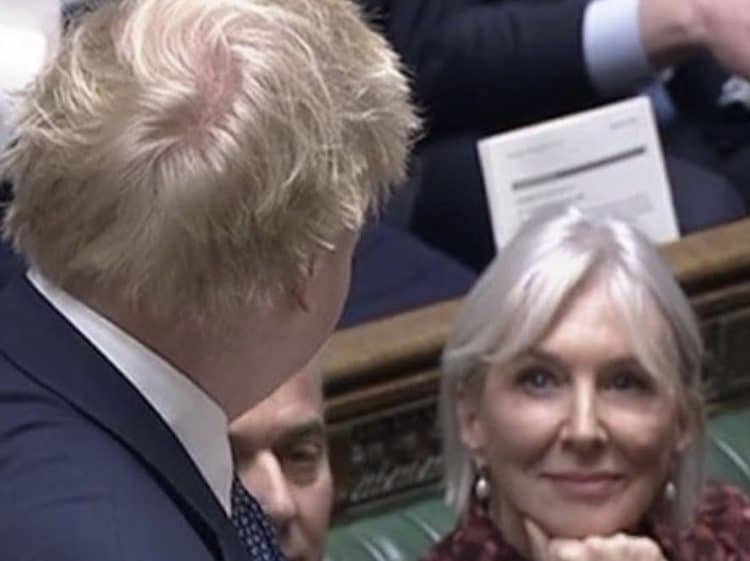 Nadine Dorries pledged her undying loyalty to Boris Johnson in the Sunday Times this weekend.

The culture secretary came out in defence of the prime minister as questions over his future continue to circulate.

At least two Cabinet ministers have said they will withdraw their backing of Johnson if he is handed a fixed penalty notice for breaching his own Covid rules, it has emerged.

One is reported to have said: “If he gets an FPN he’ll have to go. How can you have a prime minister who has been found guilty of breaking the law?”

But not everyone is as convinced.

Speaking to the Sunday Times, Dorries said she is “old-school” politics.

“The prime minister gave me my job as a secretary of state, and for that I owe him my absolute undying loyalty,” the culture secretary added.

But it was a bizarre front page wink that really got people talking, and it wasn’t long before the picture had been given the meme treatment on social media.