It comes after the High Court ruled Michael Gove broke the law in handing contracts to Dominic Cummings' friends. 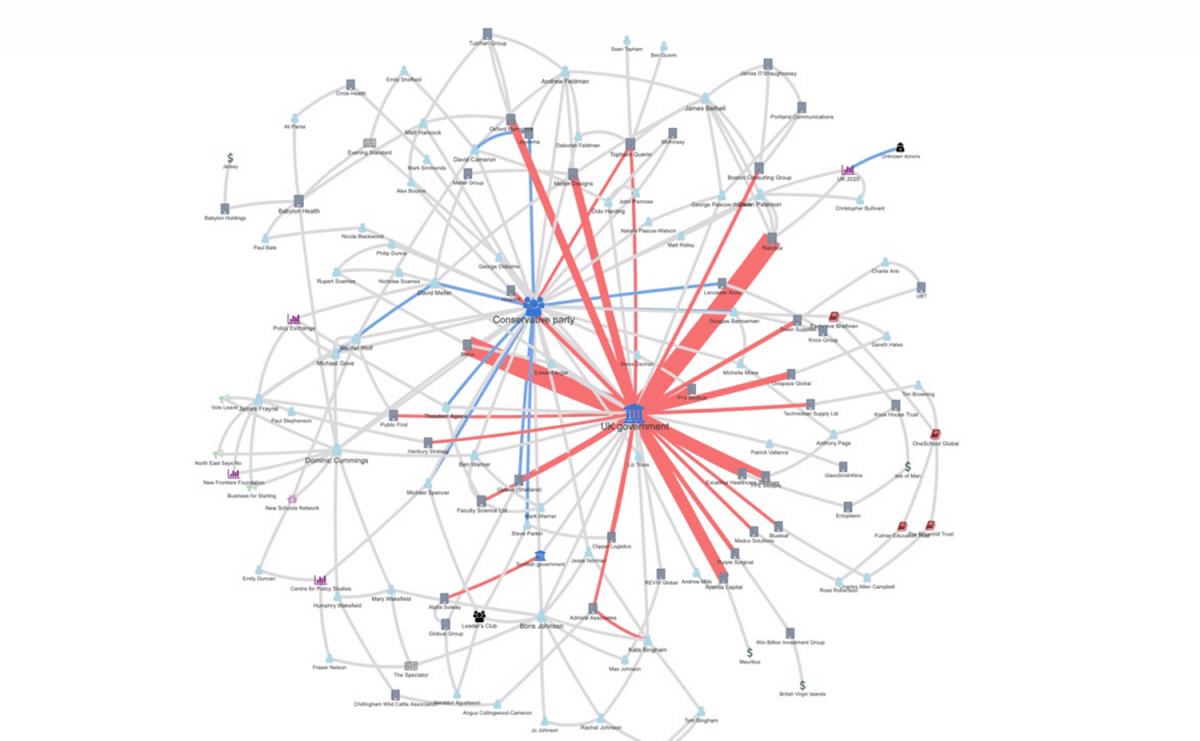 An online map showcasing a web of connections between the Conservatives and private companies is ‘more chaotic’ than ever, the woman behind the project says.

Sophie Hill took to Twitter today to highlight the prevalence of cronyism after the High Court ruled Michael Gove broke the law in handing contracts to Dominic Cummings’ friends.

The landmark cronyism ruling counters ministers’ claims that there was no favouritism in the awarding of vast public contracts during the coronavirus pandemic.

It’s amazing/terrifying to look back and see how much the map has grown over time! Much more chaotic now ? pic.twitter.com/mi31CqAlwU

Public First, a polling agency owned by friends of Cummings, was handed a £560,000 contract last summer.

Mrs Justice O’Farrell, who gave the ruling, said: “The decision of 5 June 2020 to award the contract to Public First gave rise to apparent bias and was unlawful.”

The landmark judgement is the first in a series of judicial review brought by the Good Law Project against government Covid-19 contracts which were awarded without competitive tenders under emergency regulations.

Update: the biggest nodes in the network now have photos! ?

Following the ruling Hill urged people to keep an eye on the My Little Crony map, which is constantly being updated.

Late last year Valerie Vaz mentioned the tool in the House of Commons as she called for a public enquiry into companies who have been awarded government contracts without tender during the pandemic.

The Shadow Leader of the House of Commons told her opposite number Jacob Rees-Mogg about the online map, saying it was ‘well worth a look’.

Mr Rees-Mogg said the government had to employ PR advisers due to “anti-vaxxer nutters” who “go around spreading rumour and causing concern”.