Meanwhile, Jeremy Corbyn addressed a rally and called for "freedom for the people of Palestine" on Sunday. 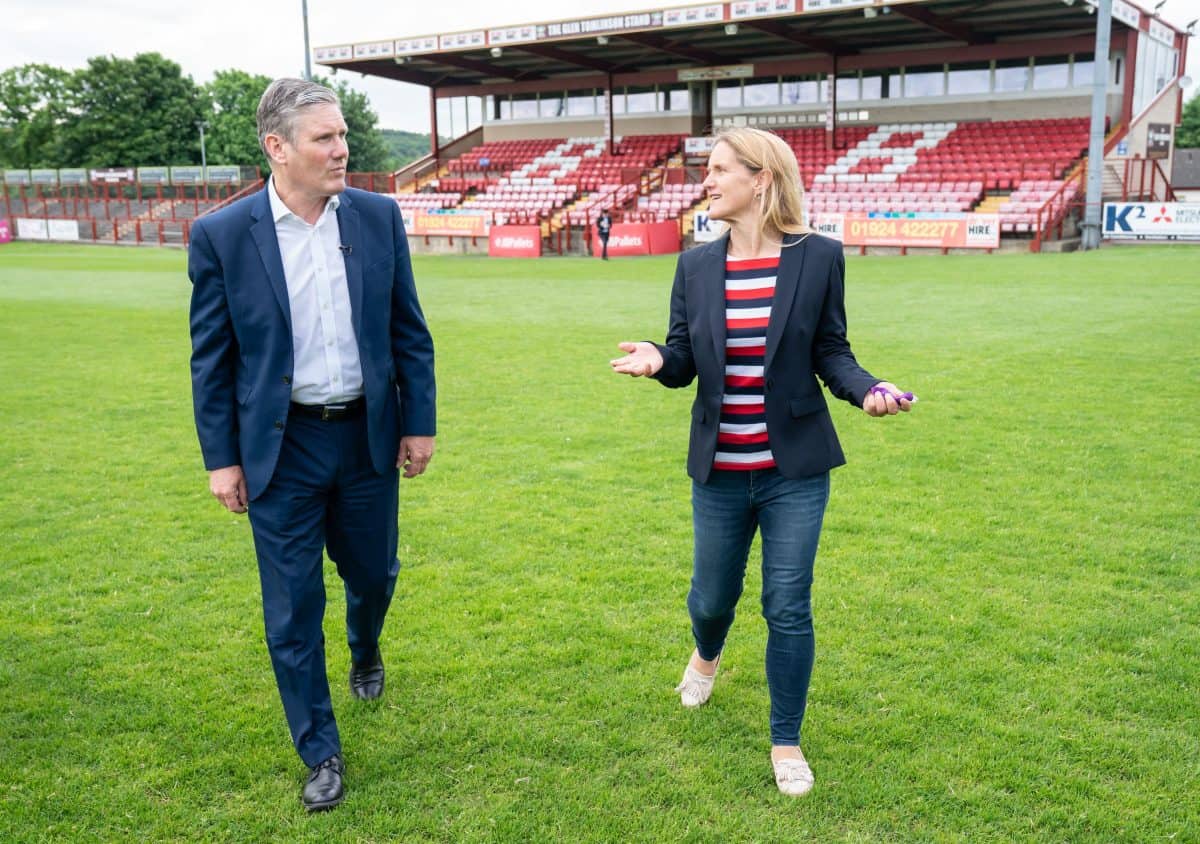 Keir Starmer has been warned not to take Muslim voters for granted, as polling shows support for the Labour Party falling among Muslim communities.

Muslim voters have tended to align closely to Labour, with constituencies with large Muslim populations considered among the party’s strongholds.

But, since the end of Jeremy Corbyn’s leadership, that link appears to be weakening, amid a shift to the right on foreign policy and worries over Starmer’s commitment to tackling Islamophobia within the party.

The polling, carried out by Survation on behalf of the Labour Muslim Network, comes amid fears that Labour’s stance on Palestine is damaging their position with Muslim voters in Batley and Spen – who represent up to a fifth of the voting population – ahead of a crunch by-election in the Yorkshire constituency next month.

Ex-Labour MP George Galloway is standing in the seat on an explicitly pro-Palestinian platform, and party figures reportedly fear that his presence in the race could hand victory to the Tories.

Patrick Maguire, a reporter for The Times, cited Labour sources claiming that their last week on the doorstep in Batley had been “dreadful”.

Quoting one unnamed staffer, he tweeted: “The issue is almost exclusively Palestine. On Friday evening, Galloway had been around 45 minutes before us in one of our stomping grounds. Nobody wanted to speak to us.”

Labour sources say their last week on the doorstep has been "dreadful".

"The issue is almost exclusively Palestine.. On Friday evening, Galloway had been around 45 minutes before us in one of our stomping grounds. Nobody wanted to speak to us."

Of the 504 British Muslims surveyed, 72 per cent said they identified with Labour, handing the party a plus 42 per cent favourability network.

But 37 per cent said their view of the party had worsened in the last year – as opposed to 25 per cent who said the opposite.

“This polling shows that support from Muslims can’t be taken for granted,” Zarah Sultana, the MP for Coventry South, told The Guardian.

“The party needs to show that Labour is loud and clear on issues these communities care about, whether that’s tackling inequality and investing in public services, or standing up to racism and advocating for justice on the world stage, from Palestine to Kashmir. This is both the right thing to do and as this polling shows, it’s an electoral necessity.”

Starmer himself has a favourability of minus seven per cent among Muslim voters; just 22 per cent of British Muslims said they had a favourable view of his leadership.

Last November, Labour Muslim Network released a report highlighting a string of concerns about Labour Islamophobia, noting anxiety over the party’s approach to Palestine and its stance on anti-radicalisation strategy Prevent.

Polling at the time suggested 55 per cent did not “trust the leadership of the Labour Party to tackle Islamophobia effectively”.

Ali Milani, a Labour councillor in Hillingdon, said the poll showed that Muslim voters’ longstanding loyalty to Labour was at risk.

“Too many Muslims feel that their loyalty has not been returned or respected by our party,” he told The Guardian.

“For those of us that have been sounding these alarm bells within Labour, this is clear and thorough evidence. We have to act now and with urgency.

“I desperately want the Labour party to win again. But for us to have a chance to win – in Batley and Spen and around the country – we have to earn the trust and support of Muslim voters once again.”

Concern over Starmer’s attitude towards Muslim voters comes after Corbyn, his predecessor, addressed a rally calling for support for Palestinian refugees to coincide with the G7 summit in Cornwall.

“We are coming together because we are united in our support for the Palestinian people,” he told a central London crowd.

“We are here to support the Palestinian people whether we are Jewish, Hindu, Muslim, Christian or no faith – our unity is a human unity.”

During his speech, the Islington North MP said that the demands of pro-Palestine supporters are “clear”: “(To) end the occupation of the West Bank, the withdrawal of all the settlements and an end to the siege of Gaza.”

He added that he was “proud” to include recognising Palestine as a state in the 2019 Labour manifesto, concluding that “we must stand together for the freedom for the people of Palestine”.

Related: Jeremy Corbyn calls for a halt to arms sales as he addresses pro-Palestine rally