“We are here to support the Palestinian people whether we are Jewish, Hindu, Muslim, Christian or no faith - our unity is a human unity.” 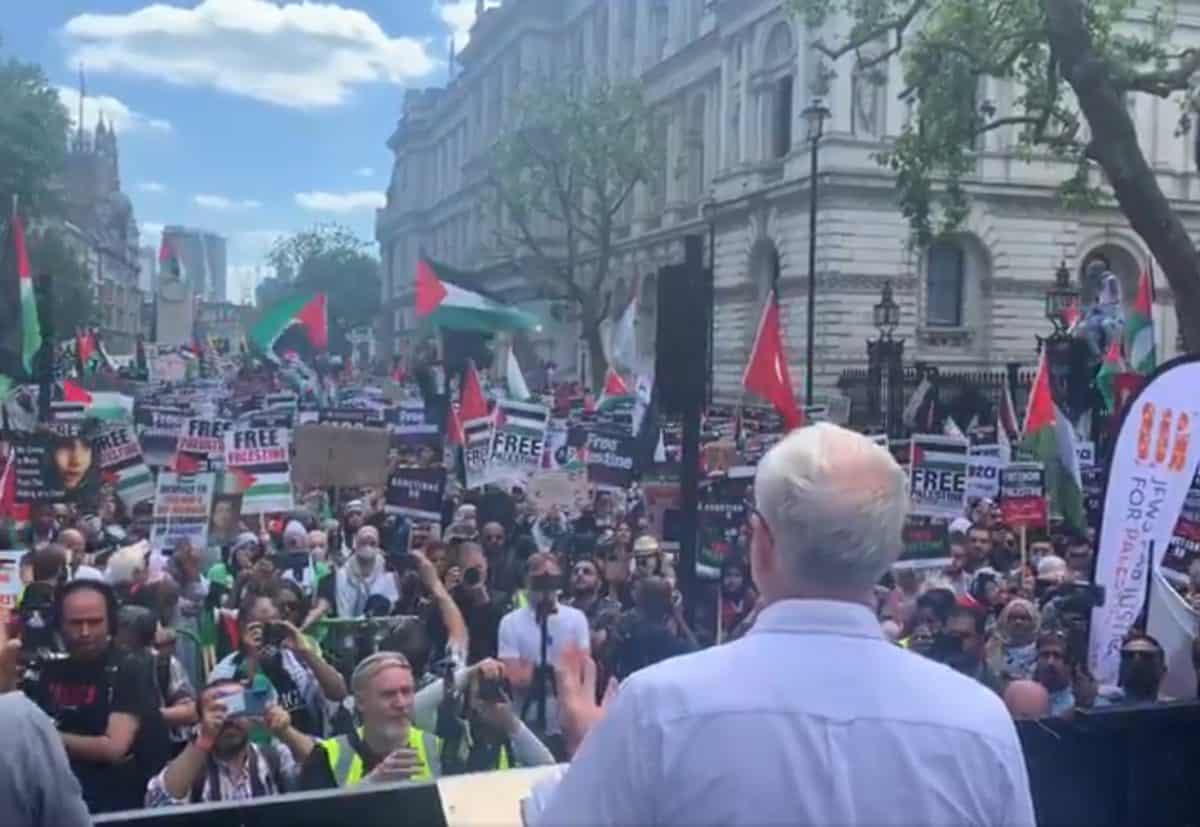 Jeremy Corbyn called for a halt to arms sales and support for Palestinian refugees as he addressed a rally in London organised to coincide with the G7 Summit of world leaders.

Protesters marched through the capital brandishing placards reading ‘Where is the humanity?’ and chanting “free, free Palestine”.

The former Labour leader addressed the crowd and called on the G7 to support Palestinian refugees and recognise the rights of Palestinian people.

He said: “We are coming together because we are united in our support for the Palestinian people.

“We are here to support the Palestinian people whether we are Jewish, Hindu, Muslim, Christian or no faith – our unity is a human unity.”

At today’s Justice For Palestine demonstration in London, I also called for a halt to arms sales. UK-made weapons are killing civilians – including children – in conflicts abroad. This must stop. pic.twitter.com/Sf2tEGjtkX

He stated that the world is facing a “human rights crisis”, and called for the G7 to not support “more arms and more wars” and instead “support the people who are up against it” and “to end the human rights abuses”.

During his speech, the Islington North MP said that the demands of pro-Palestine supporters are “clear”: “(To) end the occupation of the West Bank, the withdrawal of all the settlements and an end to the siege of Gaza.”

He added that he was “proud” to include recognising Palestine as a state in the 2019 Labour manifesto, concluding that “we must stand together for the freedom for the people of Palestine”.

Meanwhile, a social media video has been created by ‘truthonpalestine’ in dedication to those whose “voices have been silenced for too long”.

A series of talking heads describe the daily struggles of those living through the conflict, including one family who exchanged children so that, in the event one household gets bombed, at least one will survive.