The Prime Minister’s chief aide Dominic Cummings has been accused of playing a part in Sir Mark Sedwill’s exit. 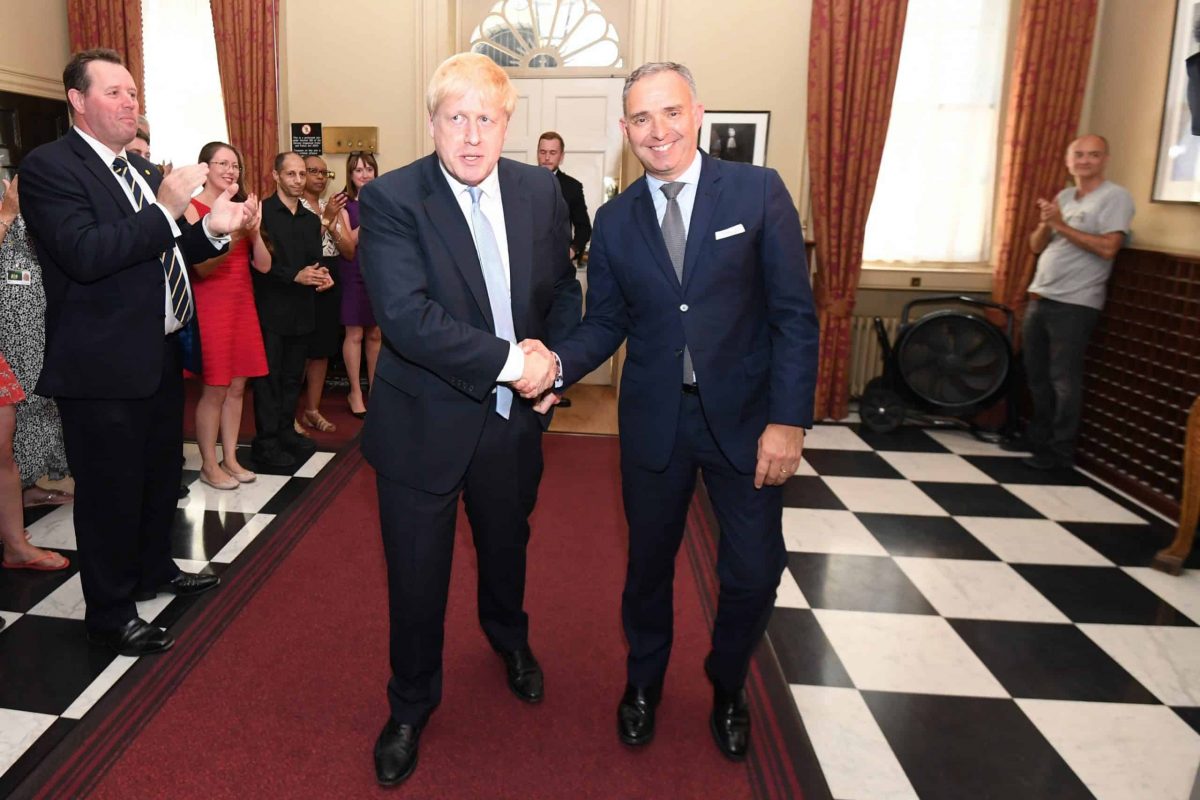 Critics have accused Downing Street insiders of making Cabinet Secretary Sir Mark Sedwill the “fall guy” for mistakes made in the handling of the Covid-19 crisis after he confirmed his resignation.

Sir Mark, the most powerful official in Government, announced on Sunday he had agreed to pack his bags and stand down from his role as both Cabinet Secretary and the UK’s national security adviser.

In a letter to Boris Johnson, the 54-year-old said: “We have agreed that I will stand down and leave government service at the end of September.”

Bob Kerslake, a former head of the Civil Service, along with the civil servants’ union accused Number 10 “or those around it” of working to “undermine” the ex-diplomat.

Speaking to the Guardian, Lord Kerslake said: “I fear from some of the press briefing that had obviously gone on that the Civil Service is being made the fall guy for mistakes made in the handling of the pandemic.”

Dave Penman, general secretary of the FDA, which represents public officials, said: “No 10, or those around it, has sought to undermine Sir Mark and the leadership of the civil service, with a series of anonymous briefings against him over many months.”

He blasted the tactics as “corrosive and cowardly” and said the Government would be “weaker as a result” of the departure.

Opposition MPs also pointed the finger at the Prime Minister’s chief aide Dominic Cummings, suggesting he played a role in the former Afghanistan ambassador being forced out as head of the Civil Service.

Mr Cummings is rumoured to have a difficult relationship with Sir Mark, who was appointed Cabinet Secretary in 2018 by Theresa May, with the former PM allowing him to unite the role with his national security adviser job.

Labour’s shadow housing secretary Thangam Debbonaire, referencing reports of a shake-up of the Civil Service, said on BBC Radio 4’s Westminster Hour: “Why have Dominic Cummings and Boris Johnson decided that now is the time for a hard rain to fall on our loyal civil servants?”

Acting leader of the Liberal Democrats, Sir Ed Davey, said: “Boris Johnson is clearly ready to grant Cummings his every wish when it comes to politicising the Civil Service and sweeping out those who may try to hold his Government to account.”

The Prime Minister made quick work in promoting his Europe adviser David Frost to the role of national security adviser (NSA).

The move raised eyebrows given Mr Frost’s lack of experience in the field and the fact he will continue to lead the UK’s trade negotiations with the European Union.

Mr Johnson will split the roles of cabinet secretary and NSA, with Downing Street confirming the process for recruiting a new head of civil service will start shortly, with applications to be invited from existing and former permanent secretaries.

Simon Case, appointed No 10 permanent secretary in May and favoured over Sir Mark to lead the review into the two metre social distancing restrictions – has been heavily tipped to take the top position.

According to the Telegraph, Mr Johnson is keen to have a Brexiteer in the role.

The report comes after Michael Gove, the Minister for the Cabinet Office who has been tasked with overhauling Whitehall structures, used a speech on Saturday to call for the Government to “be less southern, less middle class” and “closer to the 52 per cent who voted to Leave and more understanding of why”.

Sir Mark’s exit follows on from a number of changes at the top of the Civil Service in recent months.

The Foreign Office’s most senior civil servant Sir Simon McDonald – seen as a Brexit critic – was told this month he had to step down before it was merged with the Department for International Development (DfID).

Meanwhile, Sir Philip Rutnam, who was the Home Office’s permanent secretary, quit earlier this year after accusing Home Secretary Priti Patel of a “vicious and orchestrated briefing campaign” against him.

As part of agreeing to depart in September, Mr Johnson has nominated his outgoing Cabinet Secretary for a life peerage, and has also asked Sir Mark to lead a new G7 panel on global economic security as the UK prepares to assume the presidency next year.

Mr Frost has also been nominated by the PM for a life peerage in the House of Lords.