Rishi Sunak is ‘supportive’ of his predecessor-but-one’s trip, Downing St said, even though it could interfere with messaging from central Govt. 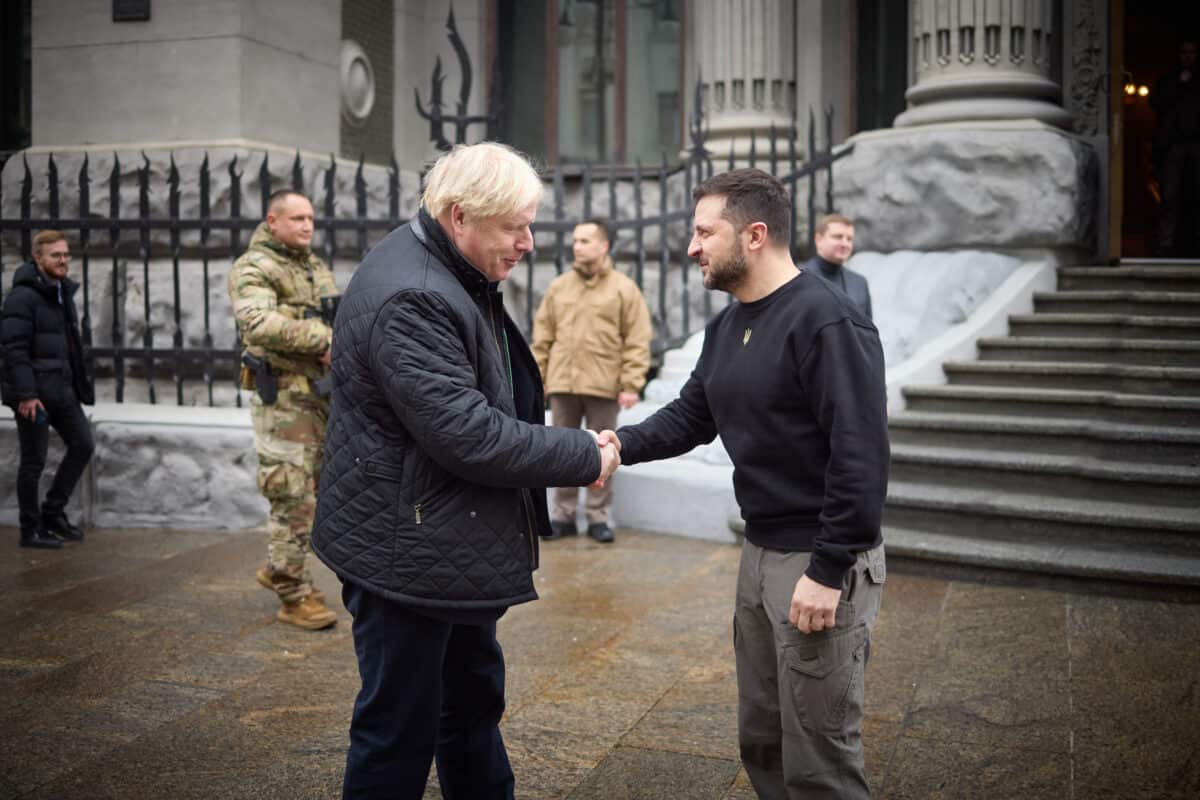 Boris Johnson has made a surprise visit to Ukraine, saying it was a “privilege” to be there to show solidarity with the war-torn nation.

The former prime minister, who is facing fresh questions over his personal finances, said President Volodymyr Zelensky had invited him to travel to Kyiv once again.

Rishi Sunak is “supportive” of his predecessor-but-one’s visit, Downing Street indicated, after claims it could undermine the Prime Minister’s authority.

“Honour for us,” Mr Zelensky replied.

In a statement, Mr Johnson said: “It is a privilege to visit Ukraine at the invitation of President Zelensky.

“The suffering of the people of Ukraine has gone on for too long.

“The only way to end this war is for Ukraine to win – and to win as fast as possible. This is the moment to double down and to give the Ukrainians all the tools they need to finish the job.

“The sooner Putin fails, the better for Ukraine and for the whole world.”

A spokesperson for Mr Johnson added that he fully supports UK Government policy on Ukraine, including the recent decision to send Challenger 2 tanks.

His visit demonstrates solidarity with the people of Ukraine, they said.

Mr Sunak’s press secretary said he is “always supportive of all colleagues showing that the UK is behind Ukraine and will continue to support them”.

The ex-premier pitched himself as a key ally of Kyiv during his time in No 10, providing support and calling on Western allies to follow suit in the early days of Russia’s invasion last February.

As his scandal-plagued premiership unravelled, Mr Johnson was accused of using trips to Ukraine or phone calls with Mr Zelensky as a distraction for crises at home.

This trip comes as the Uxbridge and South Ruislip MP is facing accusations that he allegedly recommended Richard Sharp for the BBC chairman job weeks after Mr Sharp helped him secure a loan of up to £800,000 while he was still in Downing Street.

Asked who is stumping up for his trip, his spokesperson said they could not get into specifics “for security reasons”.

The Guardian reported on Mr Johnson’s plans to travel to Ukraine earlier in January.

Johnson “should not interfere”

Senior Tories raised concerns about the plans, with Commons defence select committee chairman Tobias Ellwood telling the newspaper that Mr Johnson should “not interfere with the messaging or the official lines of communication” between London and Kyiv.

Mr Sunak has followed in the footsteps of Mr Johnson and Liz Truss in being a vocal supporter of Kyiv.

The Prime Minister visited Ukraine in November, pledging continued British support to the country in the fight against Moscow’s forces.

So far among the Nato allies, only the UK has heeded Mr Zelensky’s call to send tanks, in the form of 14 British Army Challenger 2s.

Earlier this week, Mr Johnson spoke in a panel discussion on Ukraine at the World Economic Forum in Davos, where he was introduced as a “legendary figure” in Ukraine.

Related: Nadhim Zahawi in political peril over tax as pressure mounts on PM to act