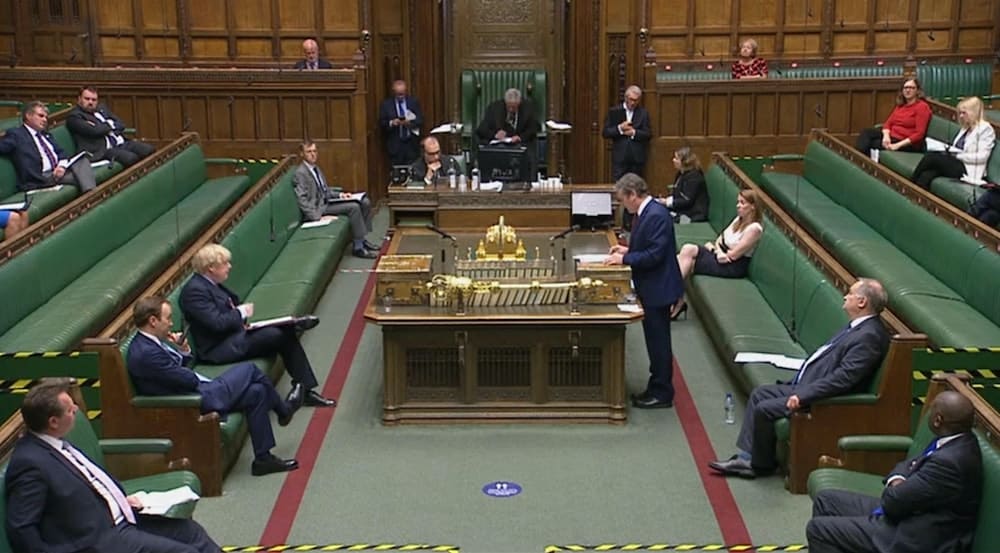 A newly-elected MP who has recently given birth to a daughter has been criticised for taking maternity leave.

Siobhan Baillie, 38, who represents Stroud in Gloucestershire, became a mother for the first time a week ago.

The married Conservative MP has now been receiving “unpleasant” emails, mostly from men, criticising her decision to take maternity leave.

One person wrote to the MP: “This is a time of national crisis and it is not acceptable that the constituents of Stroud have no MP to represent them and that their correspondence will be ignored for a month.

“We have a legal right to an MP.  Please inform of where I direct an official complaint regarding the Stroud constituency currently having no MP.

“I believe there is now a breach in our democratic law which needs to be addressed immediately.”

Another wrote: “I am amazed she has the nerve to take maternity leave when she has only been in the post for five months.”

Others wrote to Mrs Baillie’s constituency office expressing their anger at the Dominic Cummings affair, and demanding a response from her.

“Why will my MP not respond to me, given the gravity of the Cummings affair and the impact this is having of public trust. I don’t care that she has just given birth,” they wrote.

Another said: “I asked for Siobhan’s viewpoint. I WANT SIOBHAN’s. Having a baby in not an excuse for not responding to my email.”

One constituent described Mrs Baillie being on maternity leave as a “dereliction of duty”.

“Maternity leave is not an act of God – it is a normal life’s circumstance that should have been planned well in advance for. Why does the office have no-one in place to act up for Ms Baillie?” they wrote.

“I wanted to know our MP’s position re Mr Cummings. This is a time of national crisis. It is a dereliction of the office’s duty to have no-one providing effective maternity leave.”

Harriet Butcher, who is Mrs Baillie’s senior parliamentary assistant, said: “Sadly, Siobhan has received unpleasant emails, the vast majority from men, who seem to think the 2010 Equality Act does not apply to a woman because she is an MP.

“It does apply and Siobhan has an absolute right enshrined in law to take maternity leave.

“Presently, it is her intention to do so for a minimum of four weeks, which is considerably less than she is legally entitled to.

“Comprehensive arrangements have been made with her staff and with other Gloucestershire MPs, if necessary, to help any Stroud constituent during the short time she is away.

“Why anyone would be ‘astonished’ a mother would not want to take time off to care for and bond with her daughter we find incredible, especially when thorough arrangements have been made to ensure it is very much business as usual while Siobhan is away.”