Labour's Nick Thomas-Symonds said the move was a “sorry indication of the lack of progress" the government has made on the US trade deal. 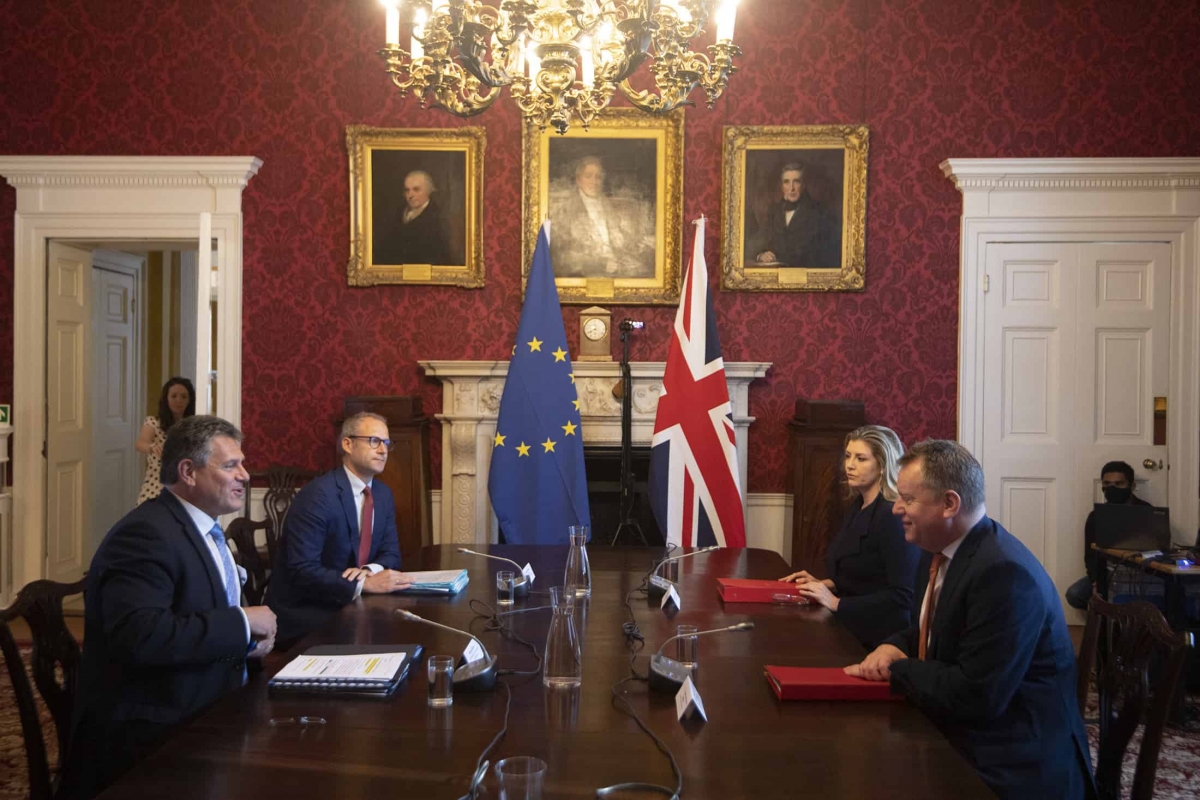 A Tory minister in charge of a post-Brexit trade deal with the US has begged Joe Biden to “awaken to an opportunity” to collaborate with the UK – despite the US president’s reluctance to do so.

Trade minister Penny Mordaunt told an event in Atlanta that she wanted the US to wake up to Brexit and argued the US would not get the same benefits from the EU in attempting to convince Biden to work with Britain – but even prime minister Boris Johnson admitted in September that Biden is not prioritising a trade deal with the UK.

Dragging EU down to convince US to trade with UK

Meanwhile, pro-EU campaigning group Best for Britain told The Independent that it is embarrassing for the Tories to now ‘beg’ for a deal after saying the US would be “clamouring” to trade with the UK.

And Labour shadow trade secretary Nick Thomas-Symonds slammed the Tories for not yet meeting their 2019 election promise of a trade deal with the US within three years.

“As the clock ticks down to this deadline, it is a sorry indication of the lack of progress that a government trade minister is having to go to the United States to remind American politicians of an “opportunity” to reach an agreement,” he told The Independent.

Last month, Biden announced in a speech at the end of the G20 Summit in Rome that the US and the EU had agreed to a carbon-based arrangement on aluminium and steel.

The deal which will improve relations was not received well by all sections of the British media.

At the time, The Express cited Biden’s speech, repeating his words that the EU are US’s “closest of friends”.

US Commerce Secretary Gina Raimondo said: “We’ve reached an agreement with the EU which maintains the 232 tariffs, but allows limited volumes of EU steel and aluminum to enter the U.S. tariff-free.

“It was a very successful negotiation and we agreed on a way forward for how to face our shared challenge which is global excess capacity mainly by China.”