George Eustice said Johnson's Savile comments came "in the heat of the moment". 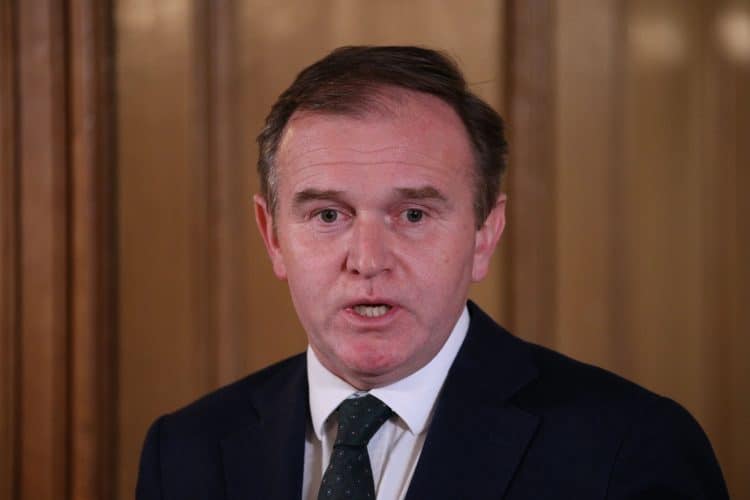 A Tory minister has defended Boris Johnson’s Jimmy Savile smear of Keir Starter – and accused the Labour leader of using the mob who accosted him in Westminster to make a “political point”.

George Eustice, the environment secretary, claimed there was no link between Johnson falsely claiming that Starmer failed to prosecute Savile when he was Director of Public Prosecutions and the worrying incident.

The minister suggested the slur was said “in the heat of the moment”, despite reports indicating that the attack was premeditated – and the resignation of a key aide, who had warned Johnson against deploying the attack line.

Starmer and David Lammy, the shadow foreign secretary, were targeted near parliament on Monday evening, with protestors heard shouting about Savile and calling the Labour leader a “paedophile protector”.

While Johnson has condemned the incident, he rejected calls from MPs – many of them Tories – to apologise for his own incendiary rhetoric.

Appearing on BBC Question Time on Thursday, Eustice described the mob as “anti-vaxx campaigners”, adding: “These were people who were against lockdown measures and against the vaccination programme that we’ve been rolling out. And if one of them mentioned Jimmy Savile, which I think is the allegation, that’s doesn’t mean that that was the reason for this particular attack.”

Fiona Bruce, the host, responded;  ”‘Paedophile protector’ was another thing Starmer said he’s not heard before, he made the link to the comments. Is he wrong in that?”

Eustice replied: “He will obviously want to make that particular political point, I can understand that as leader of the opposition. I don’t think it’s right to make this particular connection when we’ve all condemned those scenes with Keir Starmer.”

He added that Johnson’s remarks came in “a highly-charged, highly emotive session and people say things in the heat of the moment.”

Watch the exchange below.