"What far off planet is this lunatic living on!", Peter Stefanovic said. 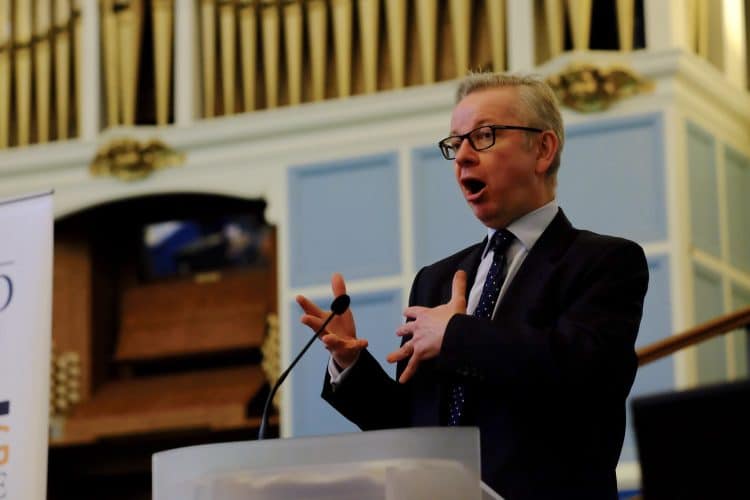 Michael Gove’s claim that Brexit has been a “significant success” has been comprehensively put to bed in a new viral video by lawyer Peter Stefanovic.

According to the Levelling Up Minister, the true benefits of Brexit will not properly be felt “for years to come”, a sentiment which seemed to escape his campaigning in 2016.

Spreading the gospel of Brexit, Gove and his colleagues managed to convince the UK to divorce itself from Europe. The results have been mixed, to say the very least. A drop in environmental standards, economic struggles, and travel chaos have all been blamed on the B-word.

But alas, he has now found a hill he is more than willing to die on.

The top Tory stated on Sunday that, although there have been ‘frictions’ as the UK moves into this new era, the referendum result has ultimately been ‘positive’ for the UK.

Like any Leave-backer worth their salt, Gove was quick to rely on the disputed claim that Britain’s super-fast vaccine rollout was because the country was free of EU constraints. However, his defence of Brexit isn’t exactly what we would call water-tight.

“It’s important to recognise we cannot make a snap judgment just a few years later. Not everything has gone our way, but on balance, Brexit has been a significant success for the UK. I do acknowledge there have been frictions, however.”

“Some things that have been said or done, have not been well-pitched. But overall, we wouldn’t have had such a successful vaccine rollout if we were still in the EU. We are now also exploring ways to invest in farming and levelling-up, as a result of Brexit”, he said.

The comments have been spectacularly put to bed in a new video by Stefanovic.