The comments come after opposition MPs piled on the pressure over his hand in Sir Mark Sedwill resignation. 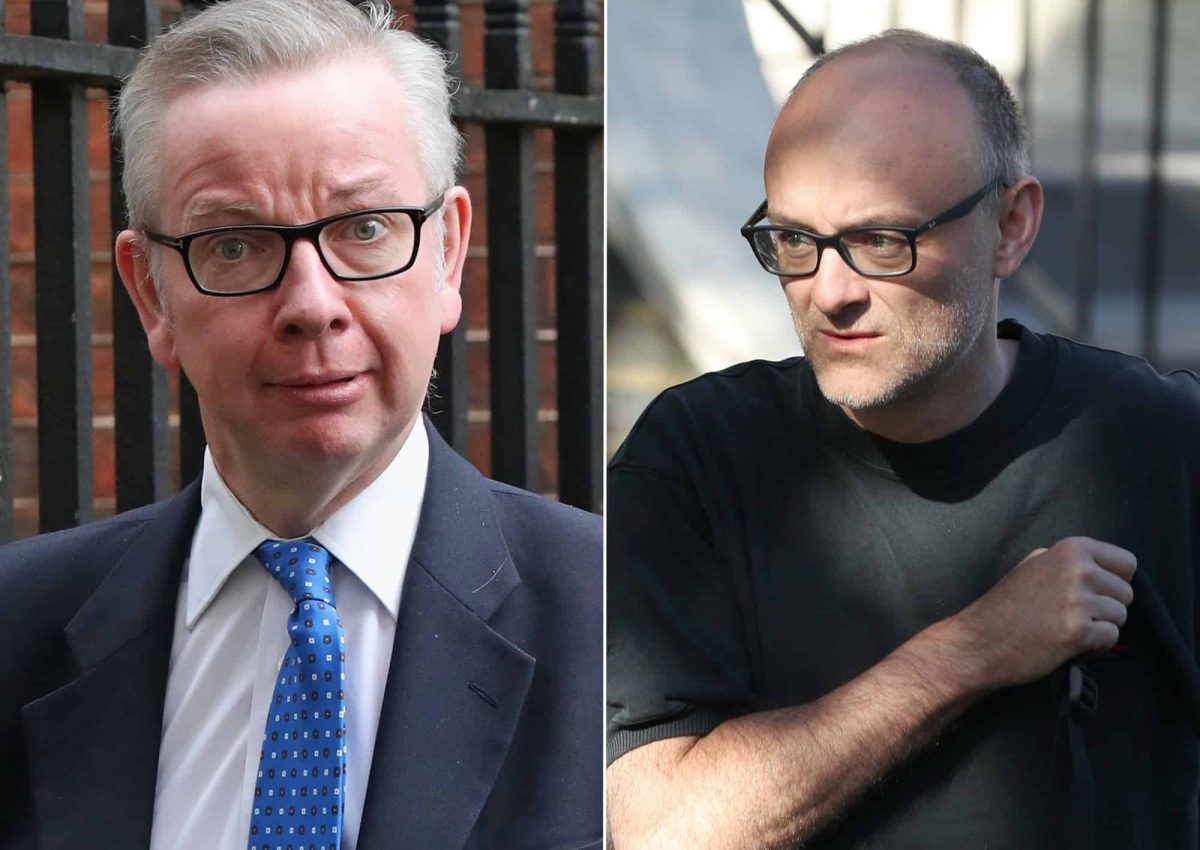 Michael Gove sought to try answer the impossible question of why Dominic Cummings is still in the job during an interview on Times Radio with former Tory politician Michael Portillo.

The Chancellor of the Duchy of Lancaster, who has worked with Mr Cummings for a decade, said ‘Dom’ is valued by Boris Johnson because he is “blunt to the Prime Minister” and displays “blistering honesty”.

Lifting the veil on the appeal of the PM’s adviser, who has been shrouded in controversy, Gove said:

“Dominic has many many skills but there are two skills that he particularly has – blistering honesty and a real originality which are very precious.

“There is a tendency in politics to emulsify the discourse, to honey the words, to allow people sometimes to draw the wrong inference.

“That’s never the case with Dom. He is blunt to the Prime Minister and to me and to others, not disrespectful, but honest, and that is helpful.”

Opposition MPs this week took aim at Dominic Cummings for playing a behind-the-scenes role in ousting Sir Mark Sedwill from his position at the top of the Civil Service.

Sir Mark, the most powerful official in Government, announced on Sunday he had agreed to pack his bags and stand down from his role as both Cabinet Secretary and the UK’s national security adviser.

It comes after multiple reports suggested Mr Cummings, the Prime Minister’s chief aide, had encouraged the PM to give the former diplomat the boot.

In his letter to Boris Johnson announcing his resignation, Sir Mark inferred that the PM had wanted him to go, writing: “We have agreed that I will stand down and leave government service at the end of September.”

“Hard rain is going to fall”

Sir Mark’s removal was seen as a win for Mr Cummings who, according to The Times, is said to have told a meeting of political aides this week that a “hard rain is going to fall” after explaining he felt Whitehall’s shortcomings had been uncovered during the coronavirus crisis.

Sir Ed Davey, acting leader of the Liberal Democrats, said Mr Johnson had given his de facto chief of staff what he wanted in forcing the Cabinet Secretary out.

“Boris Johnson is clearly ready to grant Cummings his every wish when it comes to politicising the Civil Service and sweeping out those who may try to hold his Government to account,” said the former energy secretary.

Labour’s shadow housing secretary Thangam Debbonaire questioned the timing of the announcement and insinuated Mr Cummings had worked with the PM on the decision.

Speaking to BBC Radio 4’s Westminster Hour, she said: “Why should this happen now?

“Why have Dominic Cummings and Boris Johnson decided that now is the time for a hard rain to fall on our loyal civil servants?

“We are in the middle of a national, an international crisis of massive proportions.”

It is not the first time Mr Cummings, recently in the firing line after it was revealed he drove 260 miles during the lockdown when travel was still banned, is thought to have intervened in the firing of a senior official.

He infuriated ex-chancellor Sajid Javid by sacking one of his then aides, Sonia Khan, and having her escorted from Downing Street by police after having apparently blaming her for the leaking of a Treasury report on the risks from Brexit.

The FDA, the civil servants’ union, claimed Sir Mark had been “cowardly” briefed against.

General secretary Dave Penman said: “No.10, or those around it, has sought to undermine Sir Mark and the leadership of the civil service, with a series of anonymous briefings against him over many months.”

It is the first time the job has gone to a political appointee, with Mr Frost to continue to oversee the trade negotiations with Brussels.