Drakeford described the discussions as "impossible", while Sturgeon criticised the "shifting sands" of UK policy. 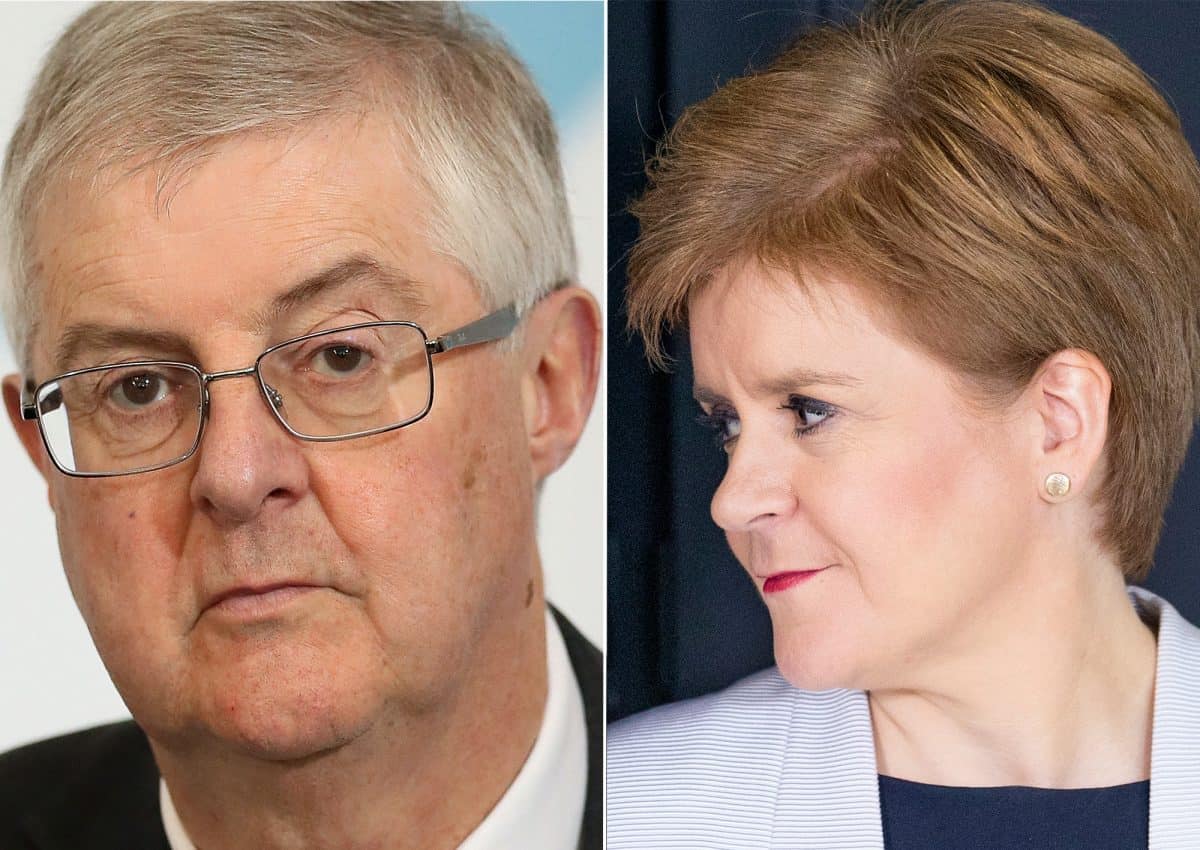 The British Government’s decision-making on setting up air bridges has been “shambolic”, according to First Minsters Nicola Sturgeon and Mark Drakeford.

UK Transport Secretary Grant Shapps earlier revealed quarantine restrictions for people returning to or visiting England from destinations such as Spain, France, Italy and Germany will be lifted from July 10.

But speaking during the Scottish Government’s coronavirus briefing, Ms Sturgeon criticised the “shifting sands” of the UK policy and a lack of consultation.

Addressing the UK policy on air bridges, she said: “When so much is at stake as it is right now, we can’t allow ourselves to be dragged along in the wake of, to be quite frank about it, another Government’s shambolic decision process.

“We want to welcome visitors again from around the world and we also want to allow our own citizens to travel.

“We also want, if possible for obvious practical reasons, to have alignment on these matters with the rest of the UK.”

Ms Sturgeon said it has been “really challenging” for Scotland to come to a position on the UK Government proposals with speed.

“Just to illustrate the point (on) the shifting sands of the UK Government’s position – the list of countries that they were yesterday demanding that the Scottish Government sign up to, and suggesting we were a barrier to getting an agreement on, is not the same as the list they have shared with us today,” she said.

She added it is “very likely” the Scottish Government will be able to agree the low-risk countries on the air bridge list over the next few days.

He also described the discussions as “impossible” and they had been trying to get a “sensible answer” and they still hadn’t seen a list of countries that will be on the list.

“I’ve seen it as our responsibility to put onto the statute book here in Wales the regulations that allow that UK scheme to operate here in Wales,” Mr Drakeford said.

“But dealing with the UK Government over the last few days has been an utterly shambolic experience.

“If ever there was an example of making an announcement first and then trying to work out what you meant by it – that is what we have seen since this announcement was first trailed in the press.”