Gove told Andrew Neil that Boris Johnson has "been clear that mistakes were made". 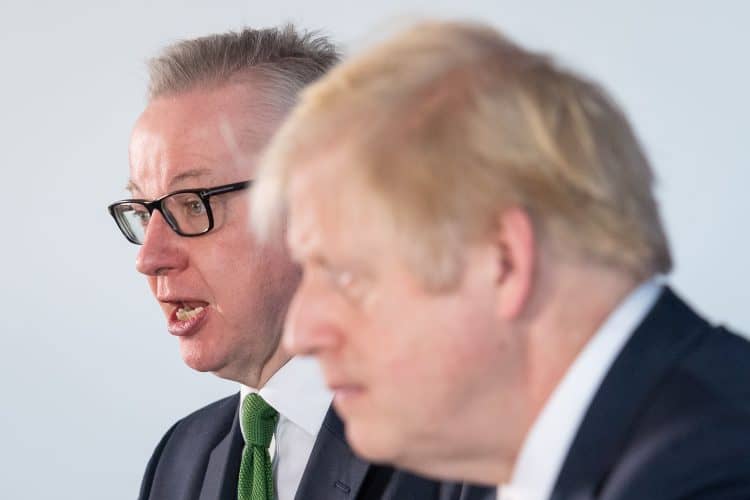 Speaking to Andrew Neil during a Channel 4 documentary on Boris Johnson’s crisis-hit premiership, Gove insisted that the prime minister has “taken responsibility” and “been clear that mistakes were made”.

But, he added, the time will come when the public has to move past the scandal.

He told Neil: “I’m sure that when the report is published there will be from individuals concerned recognition, contrition and so on and you know we owe them an element of Christian forgiveness.”

Gove’s intervention comes after Johnson set out plans to capitalise on Brexit and is expected to move forward with the levelling up agenda this week as he awaits the findings of the highly anticipated Sue Gray report.

Two years to the day since the UK left the EU, the government has launched a new “Brexit Freedoms” Bill as part of a drive it claims will “cut £1 billion of red tape” for businesses.

The long awaited Levelling Up white paper is also expected to be published this week – although a policy trailed over the weekend was heavily criticised by the opposition.

The announcements will be seen as an attempt by Johnson to steer the narrative away from toxic Partygate allegations that have dominated the news agenda in recent weeks.

But Downing Street was in hot water again overnight on Sunday as a senior official who worked in No 10 during the pandemic lashed out at the government over the scandal.

Writing in The Times, Nikki da Costa, who was formerly Johnson’s director of legislative affairs, claimed that No 10 seemed to have “failed as a collective” to “live by the spirit and the letter of the rules” it was setting.

Questions have been looming over the future of the PM’s premiership as he awaits the findings of Whitehall and police inquiries into claims of lockdown-busting gatherings held in Downing Street.

No 10 had still not received a copy of the highly anticipated Sue Gray report on Sunday evening.

It was also reported on Sunday that the government is expected to announce a U-turn on mandatory Covid vaccinations for NHS and social care staff.