People were quick to point out that we all enjoyed the benefits he talked about at one point. 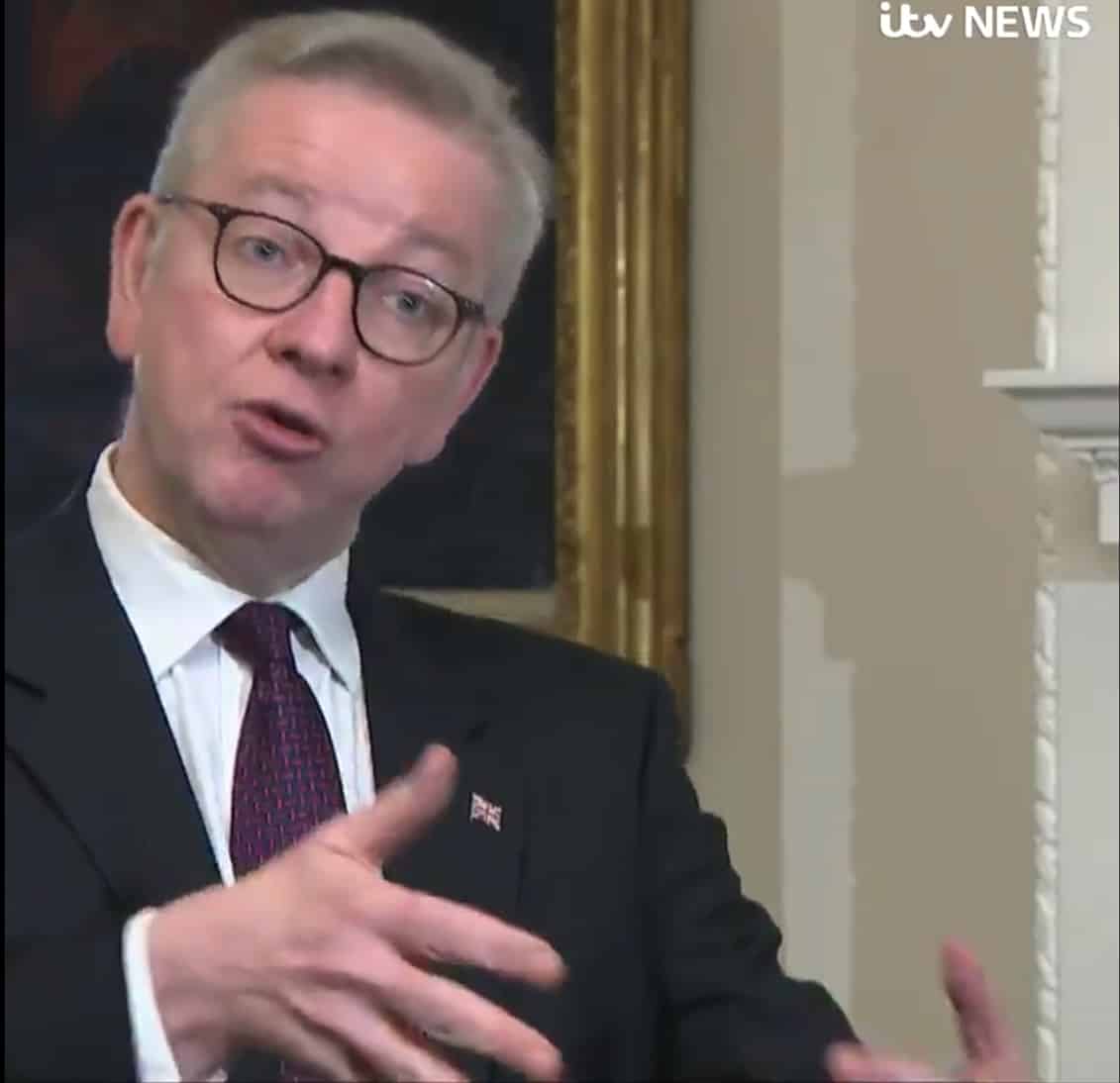 Four years on from Britain’s departure from the European Union we now have confirmation that businesses in Northern Ireland will “enjoy the best of both worlds” by getting access to the EU single market and access to the rest of the UK market, Michael Gove proudly trumpeted after an agreement was reached on the Northern Ireland Protocol.

Brexit talks reached an important milestone yesterday after leaders agreed on how to implement Northern Ireland aspects of the deal involving borders and trade.

The British Government confirmed it will withdraw controversial measures which could have seen the divorce deal torn up and the UK break international law.

The agreement covers issues like border checks on animal and plant products, the supply of medicines and deliveries of chilled meats and other food products to supermarkets.

There was also “clarification” on the application of rules on state subsidies.

Talking to the media after the talks, the Chancellor of the Duchy of Lancaster said: “Businesses in Northern Ireland now get the best of both worlds, access to the European single market and at the same time unfettered access to the rest of the UK market.”

But people were quick to point out the obvious. Here’s the best of the reaction so far:

What a choice of words. Ireland will, apparently, “enjoy the best of both worlds: access to the EU single market and at the same time unfettered access to the rest of the UK market.”

Wait! Isn’t that what WE ALL had, before you decided to set it on fire?pic.twitter.com/3NBYHmB7sE

Fucking amazing that at this point they’ve hedged themselves into having to sell the benefits of the single market they’re tearing us out of pic.twitter.com/F9uyFngLFO

Related: Boris Johnson pins his hopes on the “power of sweet reason” as he attempts to salvage a deal