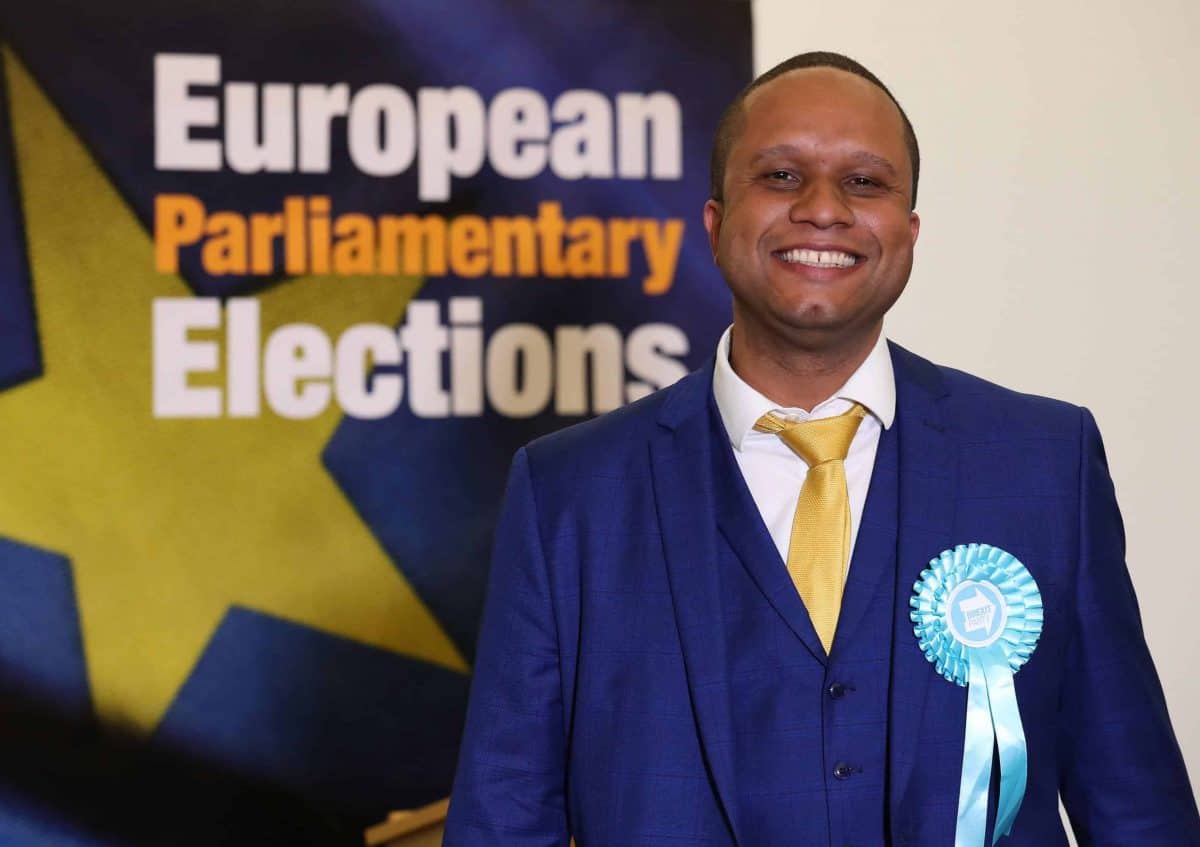 Scottish MEP Louis Stedman-Bryce has quit the Brexit Party, condemning them for selecting an election candidate who has written homophobic Facebook posts.

Mr Stedman-Bryce said he was “saddened” about his decision but his “personal values are now in direct conflict with those of the party”.

The gay businessman condemned the Brexit Party for “a betrayal of the LGBT community” after it picked a Scottish candidate who it emerged had shared controversial Facebook posts.

Alluding to the selection of Victor Farrell as the Brexit Party candidate in Glenrothes, Fife, who claimed on a public Facebook post that he is “at war” with gay and lesbian people, Mr Stedman-Bryce said those views “have no place in our society”.

In a video posted on Twitter, the only Brexit Party MEP in Scotland renounced the party, accusing them of breaking promises to stand up for Scotland at the European Parliament and saying he “will not and cannot compromise” on his personal values.

He said: “Almost a quarter of a million people in Scotland voted for the Brexit Party to represent them here in the European Parliament and to ensure that Scotland had a voice in the Brexit debate.

“But unfortunately, I felt that the party has repeatedly failed to deliver on either of those promises.

“The Brexit Party’s recent decision to select a Scottish candidate who has openly posted homophobic views across social media is not only a betrayal of the LGBT community but also a betrayal of everyone who believes that such divisive and hateful views have no place in our society.”

Mr Stedman-Bryce was the lead candidate for the Brexit Party in May’s European election when they polled 14.8% of the vote.

Last week, he announced he was stepping down as a candidate for the party in the General Election following a Nigel Farage pact with Boris Johnson not to target Tory-held seats.

He has confirmed he will continue in his role as an MEP as an independent.

Since the allegations about Mr Farrell emerged, the Brexit Party have dropped their support for him – but he will still appear on the ballot paper on December 12.