“This isn’t just speculation, it’s a fact that has affected thousands of families including my own." 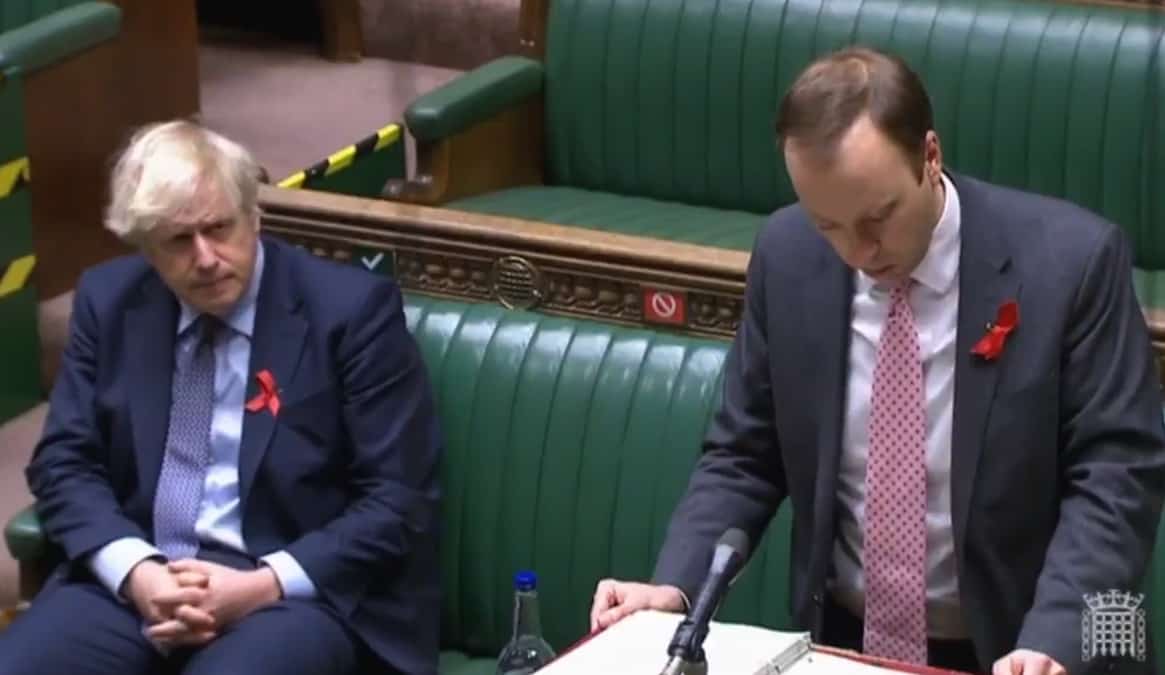 Matt Hancock fought back tears as he revealed his step-grandfather died after catching Covid-19.

The Health Secretary told MPs of the death within his family as he concluded the six-hour debate on the new tier restrictions to be implemented in England from Wednesday to replace the national lockdown.

“Let that be the message that goes out from this House.

“We know through repeat experience what happens if this virus gets out of control.

“If it gets out of control, it grows exponentially, hospitals comes under pressure, and people die.

“This isn’t just speculation, it’s a fact that has affected thousands of families including my own.”

BREAKING: Health Secretary @MattHancock reveals in an emotional statement to Parliament that his step-grandfather Derek died from covid-19 last month. Very sad news for him & his family. pic.twitter.com/NbsnYyt8dl