David Lammy said “thousands" will have died because of Cummings' "apathy and arrogance” at the start of the pandemic. 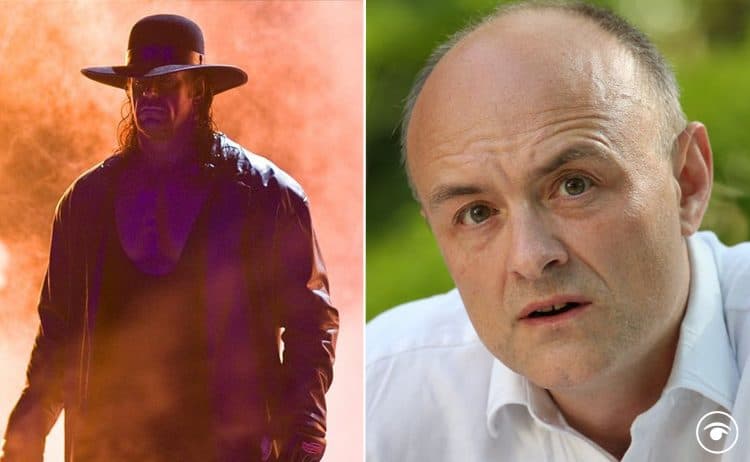 Dominic Cummings, who reportedly led the government’s response to the coronavirus pandemic with a strategy that protected the economy and put the elderly at risk, has tweeted that his favourite WWE star is The Undertaker.

According to Sunday Times reports published at the start of the pandemic the former unelected advisor pushed a discredited “herd immunity” response when Covid-19 first broke out, saying the prerogative was to “protect the economy and if that means some pensioners die, too bad.”

Sir Patrick Vallance, the government’s chief scientific adviser, announced in mid-March 2020 that the UK would be taking a different route to other countries in imposing gradual restrictions to allow “enough of us who are going to get mild illness to become immune”.

The strategy was reversed after a study from Imperial College London showed how badly hospitals would be overwhelmed, with the PM ordering all pubs, restaurants, gyms, and cinemas to close on.

David Lammy tweeted at the time that “this must be the last slogan Dominic Cummings gets to use to govern Britain”, adding that “thousands will die because of his apathy and arrogance”.

James O’Brien also said it confirmed our worst fears about how the government is being run.

Late last month Cummings claimed that if decision-making in Whitehall was publicised “everyone would sell everything and head for the bunker in the hills”.

He called his once long-standing ally Mr Johnson a “gaffe machine”, just days after releasing text messages from the early stages of the pandemic in which the Prime Minister was critical of health secretary Matt Hancock.

Related: Lying: Bercow demands ‘absurd’ rules are changed so MPs can call out other members