Man wakes up to Boris Johnson raiding his flat 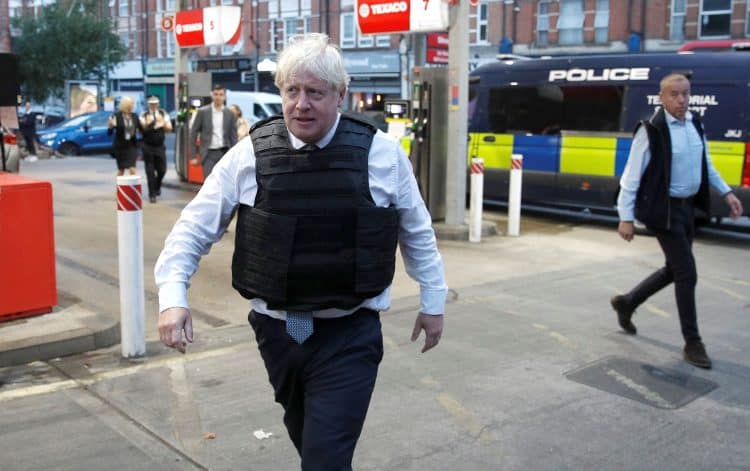 A man got the shock of his life after he awoke to Boris Johnson raiding his flat surrounded by police officers.

In a video posted on SnapChat, the man holding the phone asks ‘wagwan Boris?’

He asked “bro, how the f**k did I get raided and Boris Johnson’s there?” following the bizarre incident on Wednesday morning.

Footage of the encounter emerged when the Prime Minister attended a police raid on Wednesday with specialist officers near Lewisham, south London.

The smiling Tory leader, who is wearing a protective vest, replies: “Good morning, how are you doing?”

In a separate video, the man filming said he “felt like he was in a film, fam”.

“This is actually mad. I saw Boris Johnson in my face’, he added. ‘Do you know how drunk I was last night? I feel like a madman.

The outgoing PM referenced the events of the morning later on, saying: “I can tell you how important is the element of surprise.”

He added: “The gentleman… was suddenly surprised to see me at the foot of his bed at 5.30 in the morning, he seemed remarkably pleased actually.”

The Metropolitan Police said it made an arrest in relation to further enquiries after the operation.

A man in 20s was arrested at a different address, in York Hill, Lambeth, on suspicion of supplying class A drugs.