Licypriya Kangujam tracked the environment minister down at Cop27 in Egypt, but he clearly wasn't up for talking! 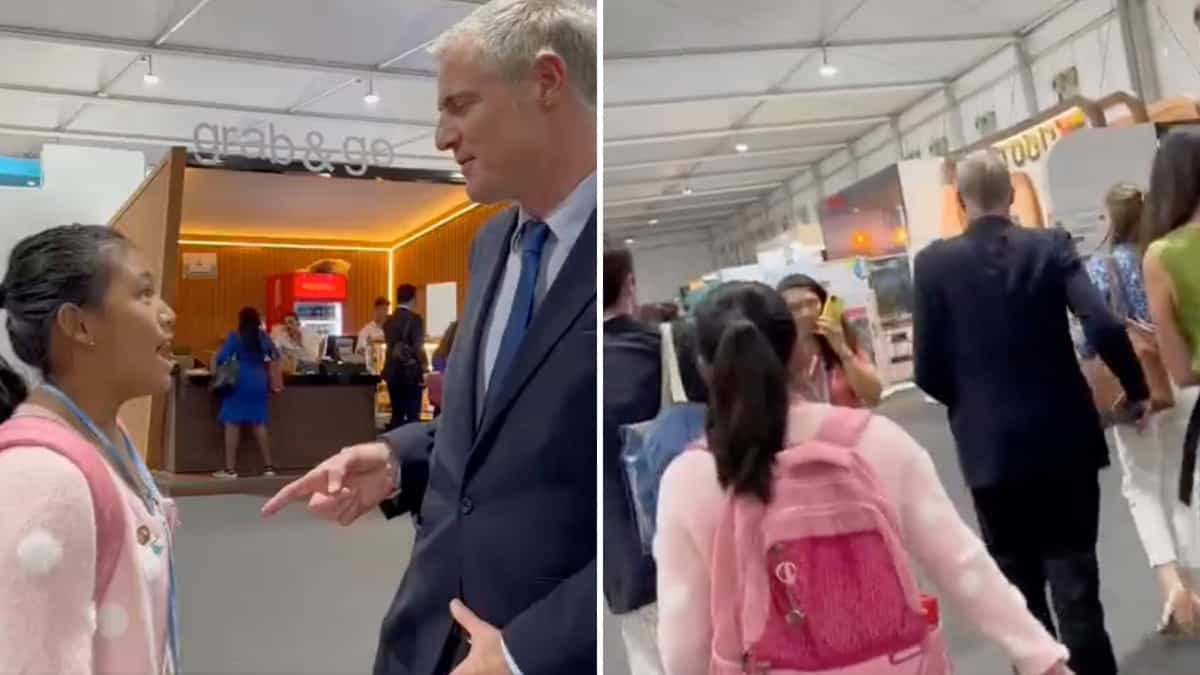 An 11-year-old activist has accused environment minister Lord Goldsmith of having “run away” to dodge her questions about the release of jailed climate protesters.

Licypriya Kangujam criticised the Tory peer for not giving her adequate answers as she pursued him at the Cop27 climate conference in Egypt.

Lord Goldsmith called Extinction Rebellion “bullies” after the campaigners asked for the identity of a civil servant who tried to get the girl to stop following the minister.

Licypriya is already a seasoned campaigner, having been protesting against the crisis for about five years, starting in her native India.

She tracked down Lord Goldsmith in Sharm El-Sheikh to question him on camera, asking: “When are you going to release the climate activists your Government arrested for protesting against new oil and gas licences?”

At that point Lord Goldsmith, the minister for overseas territories, commonwealth, energy, climate and environment, began walking away, with Licypriya in pursuit.

Their conversation is not audible but she said he replied that he “can do nothing about it”.

“If he can do nothing then why he is a minister? Why he’s coming to #COP27? This is unacceptable. This is not fair.”

At one point in the video, the civil servant tried to get the activist to stop her following the minister through some glass doors, with what appeared to be a gentle hand to the girl’s arm.

Extinction Rebellion tweeted their thanks to Licypriya “for speaking up for those in prison in the UK” and Lord Goldsmith owes her answers.

“What bullies you are”

The group also said the “civil servant that pushed an indigenous 11 year old away for asking a question owes an apology”, adding “Anyone at #COP27 know who she is?”

Lord Goldsmith, the failed London mayoral candidate who was handed a peerage after he lost his seat as an MP in the 2019 general election, responded: “What bullies you are.

“She did nothing of the sort as the video shows. She couldn’t have been gentler.

“But I’ll tell you what she does do: works relentlessly-at a fraction what she’d earn elsewhere-fighting to protect nature. & she succeeds. You should thank her & then apologise

“‘Anyone know who she is?’ Makes me so angry this. She’s a civil servant who can’t answer back, who works her arse off for the env & has helped achieve amazing things.

“If we turn things around it will be because of people like her…the person you are seeking to bully. Just awful.”