The leadership contender says Labour’s path back to power is through rebuilding the trade union movement. 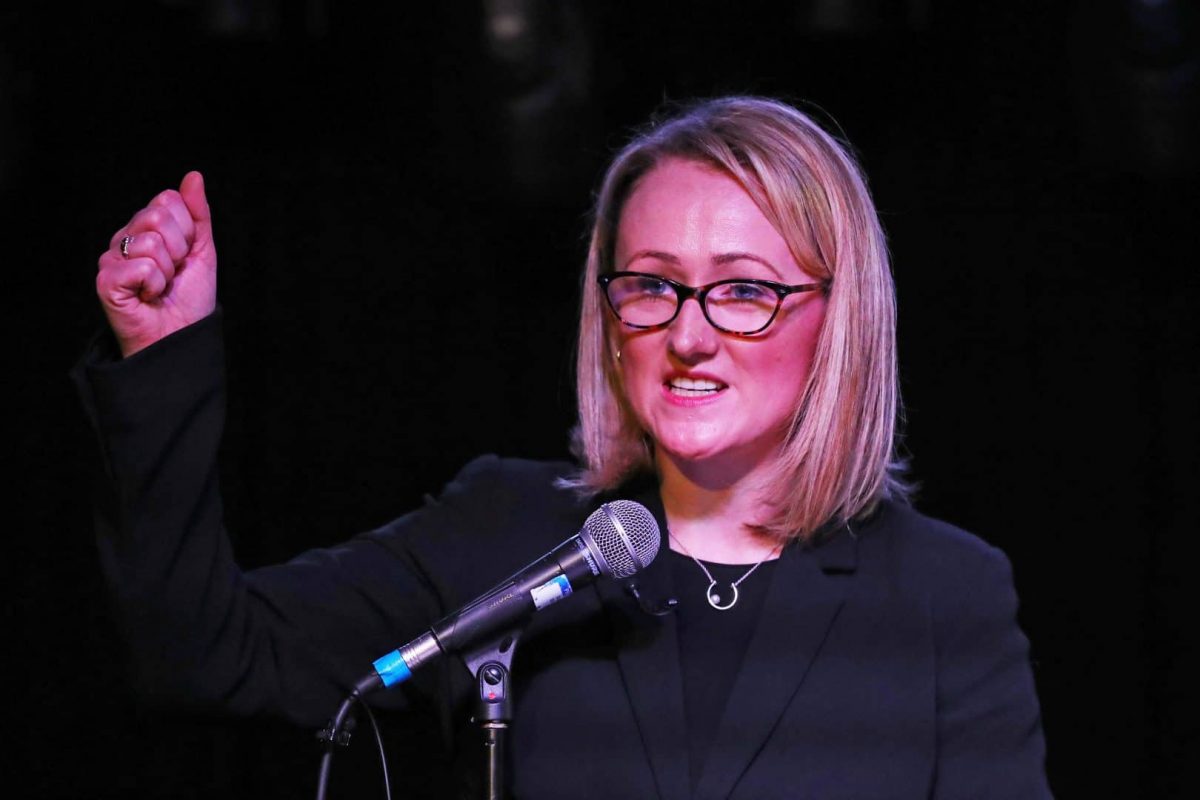 Rebecca Long-Bailey has pledged to back workers and trade unions in every strike and dispute “no questions asked” if she succeeds in becoming Labour leader.

The shadow business secretary said on Friday that the party’s path back to power after its worst general election defeat since 1935 is by “rebuilding” the trade union movement.

She told a rally in Sheffield that the next leader must be “as comfortable on the picket line as at the dispatch box” and commit to giving workers a “right to unplug” from emails and calls outside of work hours.

“As leader, I’ll put trade unions at the heart of Labour’s path to power, and back workers in every dispute,” she said.

She said that Labour would “back workers in every dispute and strike against unfair, exploitative and unjust employers” under her leadership.

And she said that “standing on the side of workers and trade unions, no questions asked, is going to be crucial in standing up to this reactionary Conservative Government”.

Labour, she added, would not return to “condemning” striking teachers or firefighters or to treat trade unions as “embarrassing relatives”.

The Salford and Eccles MP argued: “The Labour Party is the parliamentary wing of the whole labour and trade union movement, and our path to power is in rebuilding it.”

She plans to commission a trade union recruitment plan in the historic heartlands to win back support and to do more to “sweep away” anti trade-union laws.

Although she is seen as the current leadership’s favoured candidate, it appears she is facing an uphill battle to convince the membership to vote for her.

Polls have regularly been suggesting that shadow Brexit secretary Sir Keir Starmer is likely to come out on top in the ballot of members and supporters for the four-candidate race.

An Ipsos Mori study released on Thursday put Ms Long-Bailey in last place when 1,001 voters were asked if she has what it takes to be a prime minister.

She also trailed in last place – with Sir Keir on top, Lisa Nandy second and Emily Thornberry third – when Labour supporters were asked the same question.

One policy she hopes will be popular with the wider public is a law to give workers the right not to be contacted outside of normal working hours in order to end the “24/7 work culture”.

While her campaign team gave few details, a “right to disconnect” in France obliges organisations with more than 50 workers to define employees’ rights to ignore their mobiles.

Related: What the Labour leadership candidates’ voting record tells us about them