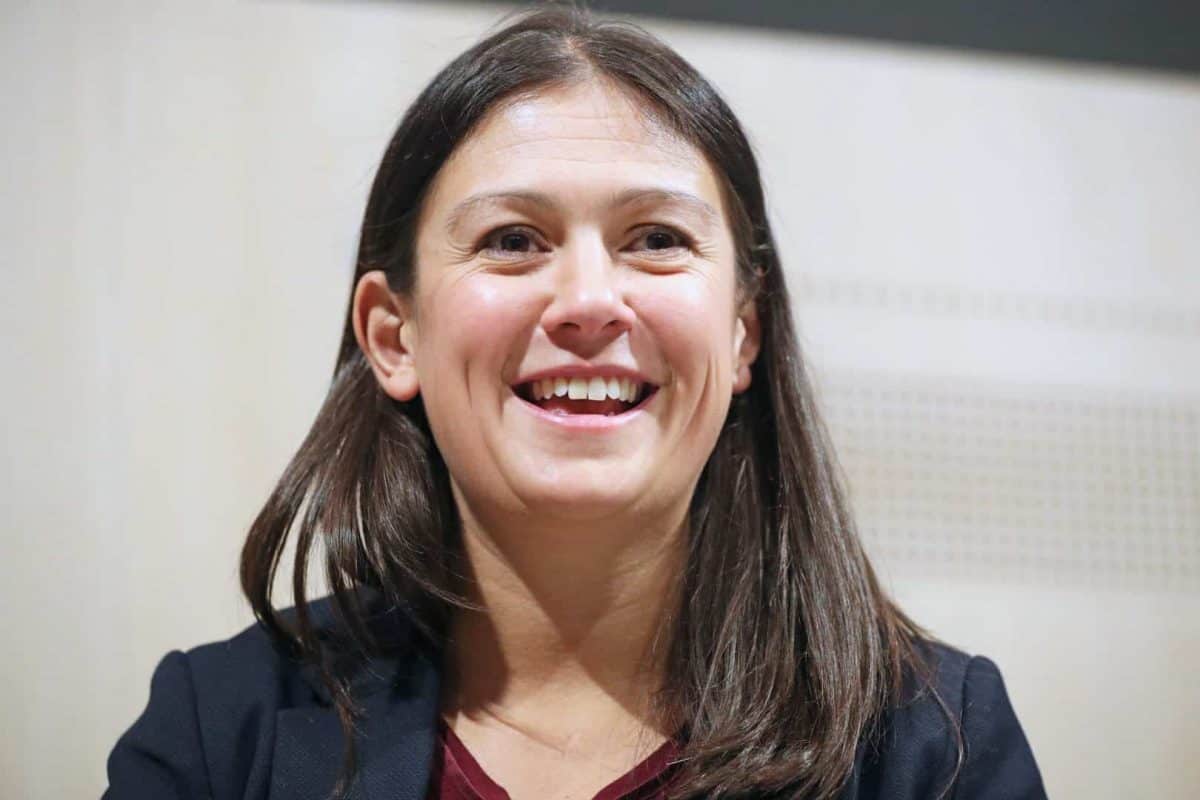 She said “the consensus that Thatcher built lasted all the way through the New Labour years”, under Mr Blair and Gordon Brown.

The Wigan MP defended New Labour’s record on introducing the minimum wage and public investment, but claimed the party only took “small amounts” from the rich.

She will use a major speech in London to call for changes to tax and welfare policies.

Tax is not an evil

“Tax is not an evil. Tax is how we contribute to something bigger, better than ourselves,” she will say.

In a BBC Radio 4 Today programme interview, Ms Nandy said: “I’m not going to trash the legacy of the last Labour government because things like the minimum wage were complete game-changers in towns like Wigan, and the investment that went into health and education was really important.

“But it is certainly true to say that the consensus that Thatcher built lasted all the way through the New Labour years.

“I came into politics after 10 years working in the voluntary sector with homeless teenagers first of all, and then with child refugees.

“And the reason I did was out of frustration with a system under the last Labour government that took small amounts from people at the very top of the system and handed it with conditions to those at the bottom.”

She will set out plans to reverse cuts to Universal Credit, increase capital gains tax to match earnings, and hike corporation tax.

Her leadership rival Rebecca Long-Bailey, meanwhile, has said she would take Labour in “completely different directions” from Jeremy Corbyn, amid criticism that she is the continuity candidate in the leadership race.

The shadow business secretary dismissed claims the outgoing leader and his allies would still run the party if she won, and said it was “disrespectful” to say she is another version of Mr Corbyn.

In an interview with the Daily Mirror, Ms Long-Bailey, a front-runner in the contest, said: “Insinuations have been made: ‘Oh these men have been pulling strings in the background’.

“I’ve been proud to stand on the policy platform that we’ve had.

She previously gave Mr Corbyn a score of 10/10 on his leadership, but told the paper Labour has to recognise what it got wrong and “can’t them get them wrong again”.

She added: “I would do things very differently. He didn’t have an easy time.”

Ms Long-Bailey’s comments came after she called for a “democratic revolution” within the country and party as she announced her backing for a change in the way Labour selects its parliamentary candidates.

She said Labour needs to “rip up the rulebook” and “empower” members in its heartlands by introducing open selections.

In a speech to supporters in Hackney, east London, Ms Long-Bailey said the current system of trigger ballots had produced a culture where party members have to negatively campaign against an incumbent MP.

Open selections have been championed by the Corbyn-backing Momentum campaign group and would see each constituency party vote on who should run as a candidate, regardless of whether the sitting MP intends to stand again.

Ms Long-Bailey said: “I’ll be honest, I support open selections. And that’s because many MPs and members feel the compromise that we’ve reached so far produces a culture where members have to negatively campaign against a sitting MP.

“It doesn’t offer the opportunity for new candidates who want to come through to emerge without a stigma in being part of that negative campaigning.”

Four candidates remain in the race to replace Mr Corbyn, after Jess Phillips abandoned her bid as she admitted she would not be able to bring the party together after its “cataclysmic” election defeat.

The outspoken backbencher, who was a prominent critic of Mr Corbyn’s leadership, acknowledged she would not be able to unite the unions, members and Labour MPs behind her.

Related: Jeremy Corbyn named the most popular leader of the past century among Labour members