DSI Hastings has shown up outside New Scotland Yard to get stuck in to the Metropolitan Police. 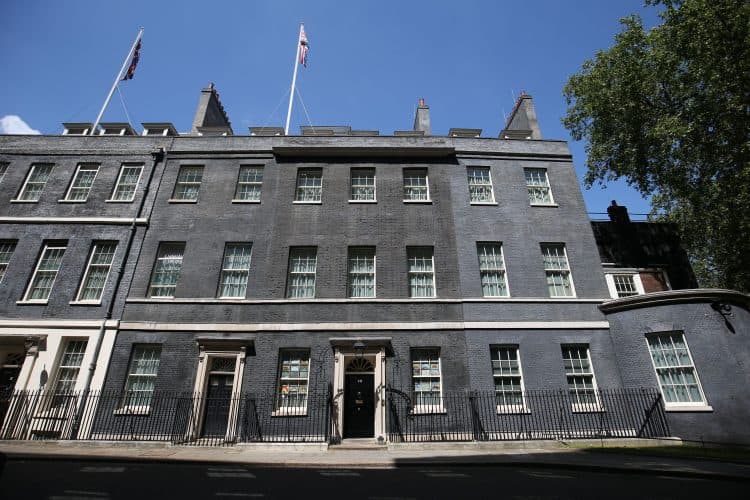 Line of Duty star Adrian Dunbar seemed to reprise his role as DSI Ted Hastings as part of a stunt teasing the Metropolitan Police, after it decided against investigating allegations of Christmas parties at Downing Street last year.

Anti-Brexit activists Led By Donkeys shared a clip of a van outside Scotland Yard, responding to suggestions lockdown rules had been broken by Downing Street staff.

And the group appear to have drafted in DSI Hastings to issue a warning to the Met over the farrago.

Filmed outside the Met’s HQ, the video was shared on social media with the caption: “Who exactly does the @MetPoliceUK work for ma’am? Our citizens, or Boris Johnson?” (Location: New Scotland Yard. Sound on).”

The five-minute clip reminds viewers of the rules that were in place at the time of the lockdown-busting parties last December, piling the pressure on the Met to investigate.

The campaign said of Dunbar’s involvement: “We can neither confirm or deny that Adrian Dunbar is a member of our investigations team.”

Show creator Jed Mercurio weighted in after a Line of Duty fan queried whether he was involved in the project.

A fan tweeted the clip, adding: “I’m not sure if @jed_mercurio was involved or not but kudos to @ByDonkeys for putting this together. Corruption thrown into sharp relief.”

“I can neither confirm nor deny,” Mercurio responded.