Voters in Tiverton and Honiton go to the polls next week in what could prove to be one of Johnson's biggest upsets yet. 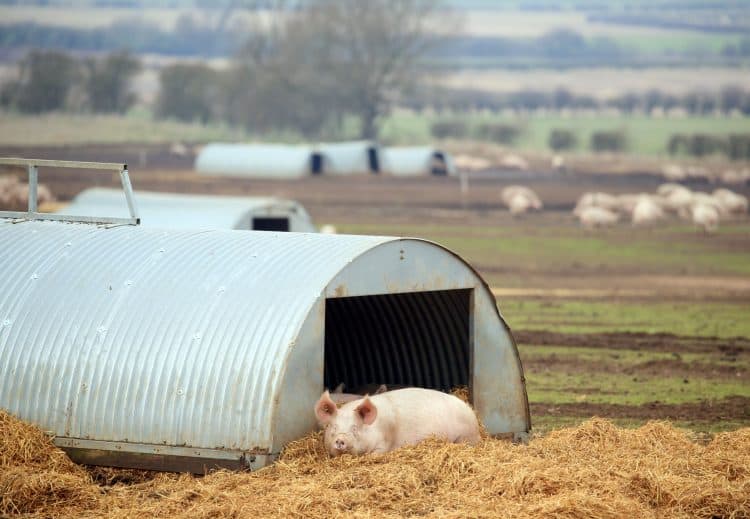 Farmers in Tiverton and Honiton say they will turn their backs on the Conservatives in the upcoming by-election due to the disastrous implementation of the Brexit deal.

Voters in the mid-Devon seat will go to the polls next week following the resignation of Neil Parish, who stood down after he was caught watching pornography in the Commons.

It is thought that Boris Johnson could face a rural revolt in the Tory safe seat, which was held by Parish with a whopping 60 per cent of the vote in 2019.

Brexit deal “is a mess”

Speaking to the Guardian, farmers, some of whom backed Brexit in 2016, said voting for the ruling party would be a massive mistake for them.

One local resident, David Elston, told the newspaper that “his big Brexit deal is a mess, really”.

“A lot of price rises have been caused by the increased bureaucracy. The cost of fertilisers and feed have shot up.”

A few miles away in the small town of Bampton, near the Somerset border, John Wescott, a beef and sheep farmer who also runs a butcher’s shop in town, says Brexit has affected the export side of his business very badly – “it is all taking 10 times longer than it used to”, he says.

Farmers such as Wescott complain that since the UK left the EU, there has been too much emphasis on them receiving “public money for public good” – meaning payments for rewilding projects – and too little for actually producing food.

Wescott voted Conservative “years ago” but definitely will not be doing so at the byelection. “It would be like turkeys voting for Christmas,” he says.

The government’s new food strategy has also been heavily criticised after it was leaked at the weekend.

The National Farmers Union says the Government has “stripped to the bone” proposals from the review into England’s food system ahead of the expected release of the plans today.

A leaked draft of the food strategy was earlier branded “half-baked” and “flatter than a pancake” by campaigners, with particular concern over the apparent rejection of a proposal for tax on sugar and salt.

Ministers were accused of concocting a blueprint “bordering on the preposterous”, with the document suggesting they will shun key recommendations from a major review of the food system by Leon restaurant co-founder Henry Dimbleby.

Cabinet minister Michael Gove announced in 2019 that Mr Dimbleby was to lead a review into England’s food system to ensure it is “safe, healthy and affordable” for all.

The review also aimed to investigate how the food system could help restore and enhance the natural environment, build a resilient and sustainable agriculture sector and contribute to urban and rural economies.

In his final report, published in 2021, Mr Dimbleby called for a sugar and salt reformulation tax as a key part of efforts to transform the nation’s diet.

This appeared to have been snubbed by ministers in the leaked draft.