The party leader is to make a speech at the Confederation of British Industry’s annual conference on Monday. 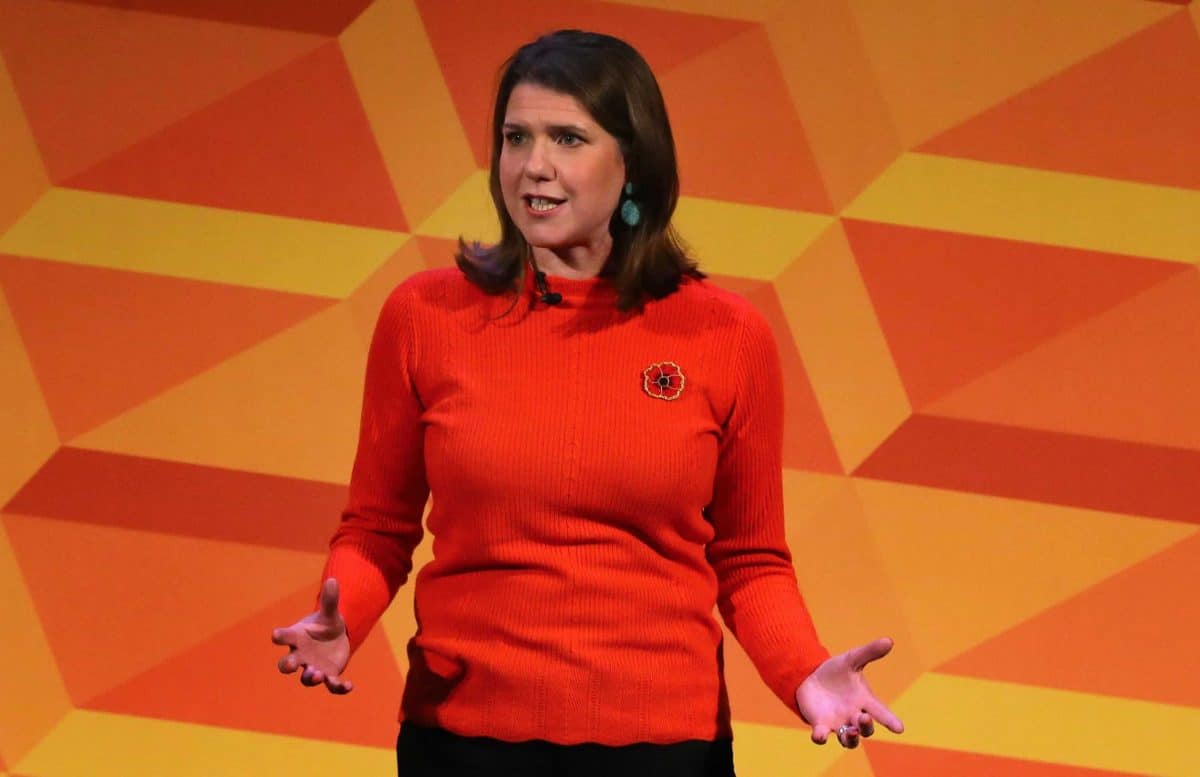 Jo Swinson is to declare the Liberal Democrats are the “natural party of business” and she will insist remaining in the European Union gives the UK the best chance of success.

In a speech to business leaders at the Confederation of British Industry annual conference on Monday, Ms Swinson will say the Tories and Labour “will have to scramble around for projects to pour money into” to keep their word.

She will say the vote to leave the EU has distracted the Government from addressing “the very real issues in our economy”.

Ms Swinson is expected to say her own party is the “natural party of business”, adding: “With the Conservatives in the pocket of Nigel Farage and Jeremy Corbyn stuck in the 1970s, we are the only ones standing up for you.

“Because we believe that any form of Brexit, whether it’s hard or soft, blue or red, will be bad for jobs, business and our public services.

“We believe that being part of one of the most successful economic blocs in the world is the best guarantee we can have for the future success of our businesses and of our country.

“We believe that our best future is as members of the European Union.”

She is expected to tell business leaders: “Over the last couple of weeks, both of the Conservatives and Labour have set out their plans for investing in schools, hospitals, railways and everything in-between.

“Build infrastructure and the jobs, tax receipts and economic growth will follow. Seems like sound logic but it is not that straightforward.

“To spend that much money that quickly, we need ‘shovel-ready’ projects. We need the skills and people to make them happen.

“And we need you to feel confident, to want to invest, safe in the knowledge that the Government of the day values you and respects you.

“Leaving the European Union makes all that so much more difficult. Already EU citizens have started to leave us.

“We know it will only become harder for you to get the talent you need. And we know that business confidence is at its lowest level in seven years.”

Ms Swinson is expected to add: “Both the Conservatives and Labour will have to scramble around for projects to pour money into just to keep their word – regardless of whether they’re good projects and good use of public funds.

“So they can stand on stages like this one and give speech after speech, making all the right noises about investment, about wanting to work with you and give you what you need to thrive.

“But the truth is this. If you want to get Brexit done or get Brexit sorted, you are not the party of business.”