Monday September 9 – when MPs are likely to discuss the report in the Commons – could be the first major legislative showdown over a no-deal Brexit. 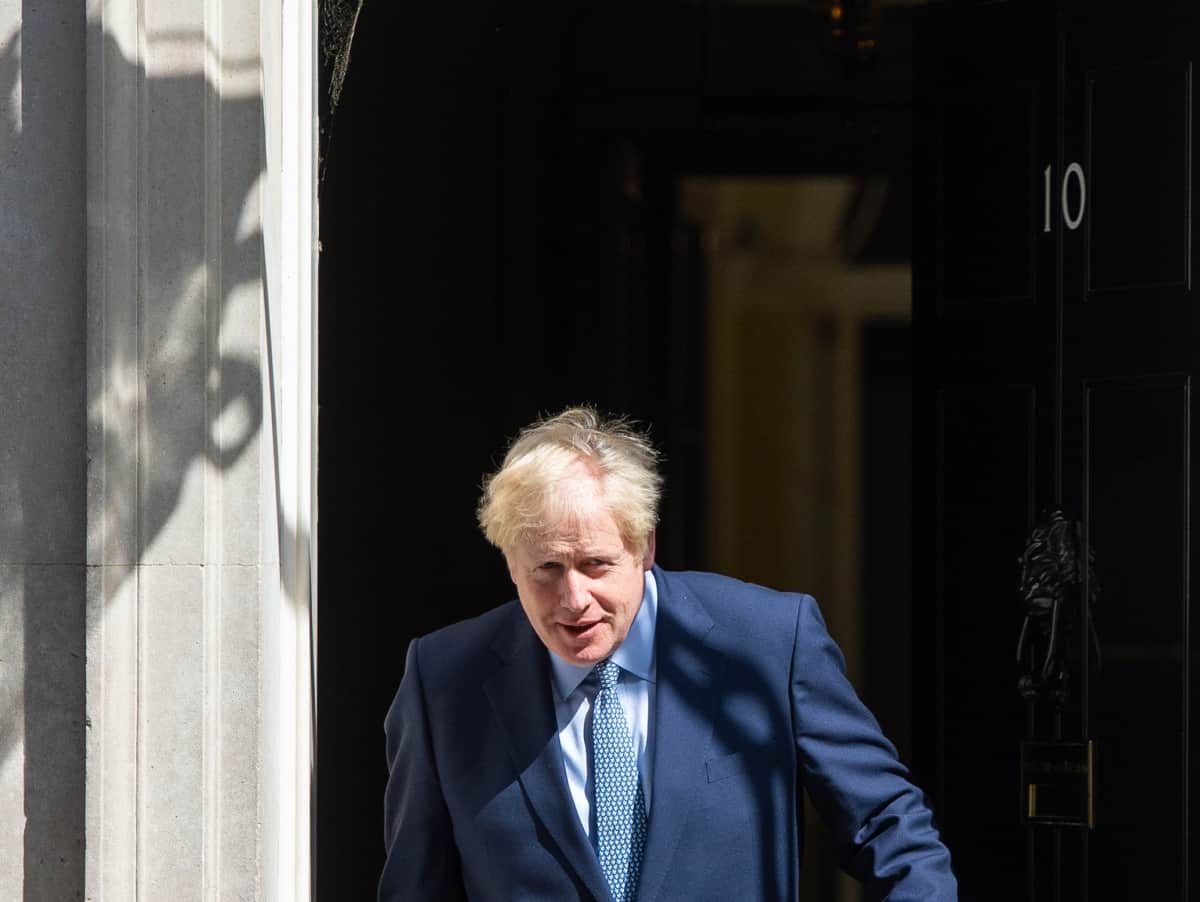 Boris Johnson’s Brexit plans could be blown off course early next month after a judge agreed to fast-track a hearing on whether the Prime Minister can legally suspend Parliament to force through a no-deal exit.

Anti-Brexit campaigners – including more than 70 MPs and peers – filed a petition at the Court of Session in Edinburgh to attempt to stop Mr Johnson from being able to prorogue Parliament.

Judge Lord Raymond Doherty agreed to expedite the timetable for the legal challenge to take place, setting the date for the substantive hearing as Friday September 6 – in what is shaping up to be a tumultuous week in Westminster.

MPs will return from their summer break on Tuesday September 3, and Labour could call a confidence vote in the Government any day that week.

The following day, the Government will provide a progress report on power-sharing in Northern Ireland, which will be debated within five days.

A Government source said Downing Street anticipated that Monday September 9 – when MPs are likely to discuss the report in the Commons – could be the first major legislative showdown over a no-deal Brexit.

Some insiders speculate that the European Union is watching and waiting to see the outcome of any bids to prevent a no-deal Brexit in the Commons before it considers making amendments to the beleaguered Withdrawal Agreement.

Downing Street reiterated on Monday that Mr Johnson remains “very clear in his determination to want to get a deal” and said he will hold talks with EU leaders over the phone in the coming days.

It comes after Donald Trump’s national security adviser said the UK would be “first in line” for a trade deal with the US, possibly on a gradual “sector-by-sector” basis, after Brexit.

Speaking following a meeting with Mr Johnson during a visit to London, John Bolton said the US could focus on striking bilateral trade deals in certain sectors like manufacturing and car-making where the two countries may agree, and work out more complicated areas later.

Mr Bolton said: “The main purpose of the visit really is to convey President Trump’s desire to see a successful exit from the European Union for the United Kingdom on October 31, to offer to be of help in any way that we can, and to express his hope we can have a fully comprehensive bilateral trade agreement with the United Kingdom as soon as possible.”

He added: “To be clear, in the Trump administration, Britain’s constantly at the front of the trade queue, or line as we say.”

Mr Bolton said the US could do a trade deal with the UK “in pieces” and concentrate first on areas, like manufacturing and the car-making industry, that they can agree.

I had a great meeting with UK Prime Minister Boris Johnson yesterday. We discussed trade, security, and opportunities to deepen our bilateral relationship after the UK leaves the EU. The US and UK are on course for an unprecedented partnership. pic.twitter.com/wVWp8Mhaza

He said: “You could do it sector by sector, you could do it in a modular fashion, in other words. You could carve out some areas where it might be possible to reach a bilateral agreement very quickly, very straightforwardly.

“That would then lock that in and, when the other areas that might be more difficult were concluded later, you could combine it in one overall agreement. So the objective is either one document or a series of agreements that would be comprehensive.

“In order to expedite things and enhance the possibility for increasing the trade and investments between the two countries, doing it in a sector-by-sector approach or some other approach that the trade negotiators might agree with, we are open to that.”

He later tweeted: “I had a great meeting with UK Prime Minister Boris Johnson yesterday.

“We discussed trade, security, and opportunities to deepen our bilateral relationship after the UK leaves the EU. The US and UK are on course for an unprecedented partnership.”

Lewis Lukens, who previously served as the deputy chief of mission of the US Embassy in London, told BBC Radio 4’s Today programme: “I think you have to be a little bit careful of someone like John Bolton bearing gifts because this is a very transactional administration – they will want something in return.”

Former Labour foreign secretary Jack Straw told the same programme: “This is a highly transactional administration, it’s strictly business – you don’t get something for nothing.”

Mr Straw described Mr Bolton as “dangerously bellicose” and said he was a man who took the “very crude and vulgar view that might is right”.