The former health secretary is among the favourites to be booted out of the camp tonight. 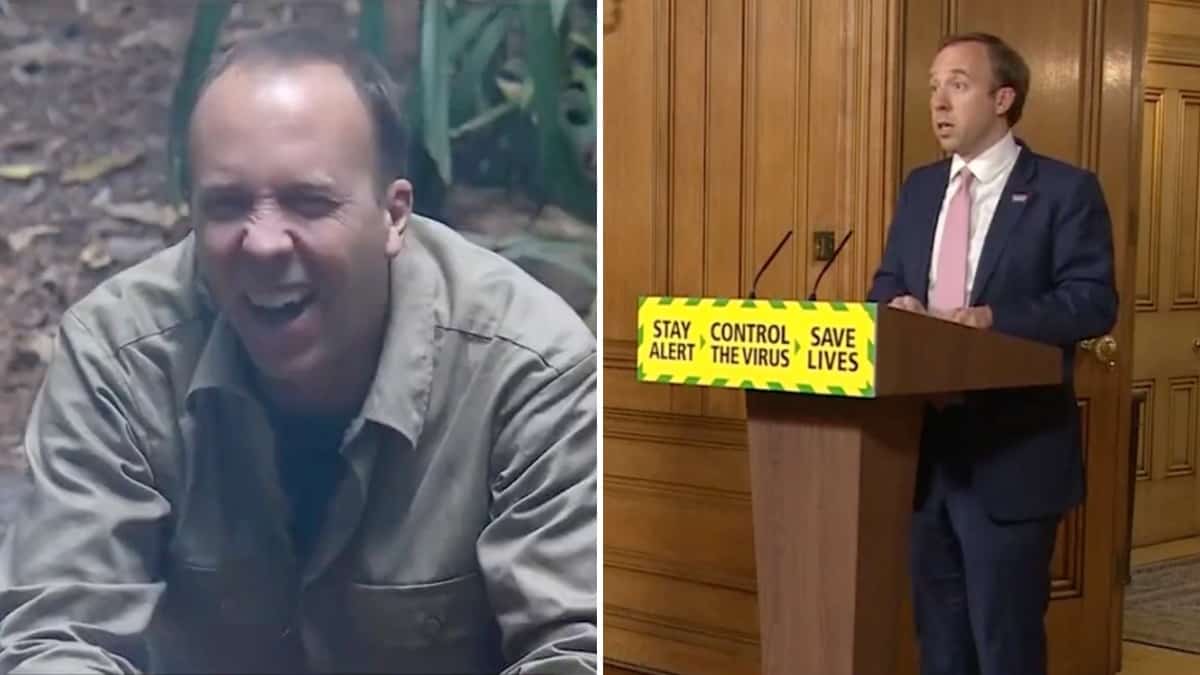 Led By Donkeys has called on I’m A Celebrity viewers to send Matt Hancock home so he can “do his job”.

The former health secretary bagged a trip to the beach on the latest episode of the show where he enjoyed a ‘surf & turf’ dinner.

While other campmates starved, he tucked into a tasty beach barbecue – complete with sausages, king prawns and potato salad.

Hancock’s shot at redemption has been fraught with controversy, with Ofcom receiving nearly 2,000 complaints during his time in the jungle.

According to What Are The Odds, he is second-favourite to leave the show tonight behind Charlene White.

Spokesperson Lewis Richards said: “Plenty of money is also coming in for Matt Hancock who is now suspected to be second to leave at 4/1.”

Campaign group Led By Donkeys has released this video urging people to vote him out so he can return home and perform his duties for his constituents.