From the outside, the terrace house appears to be in a decent condition with its gable porch and trimmed hedge but inside is a different story

by Nathan Pynn
in Property 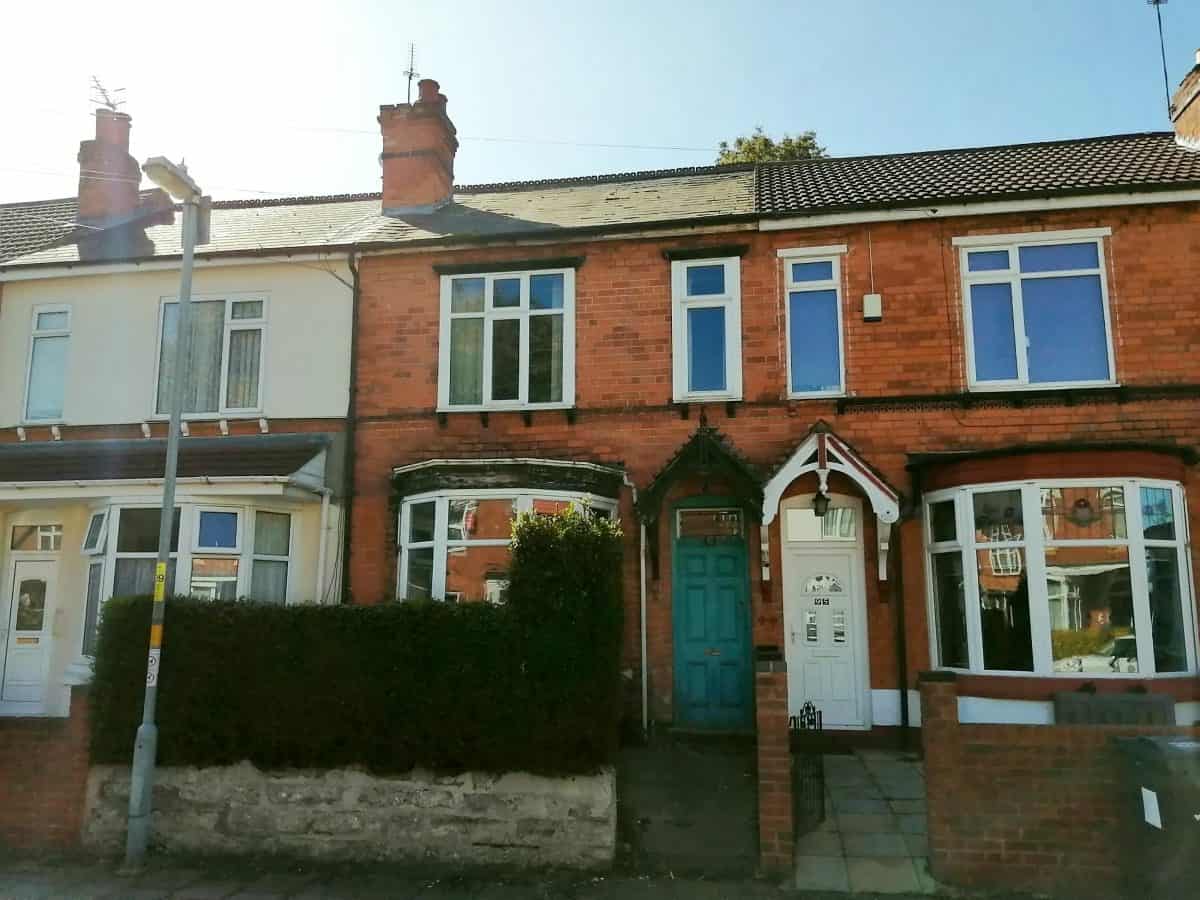 Bargain-hunters have the chance to buy this three-bedroom terrace for just a £1 – but the inside is more horror than house.

The exterior of 93 Douglas Road, in Acocks Green, Birmingham appears to look like a smart starter-home.

But once through the keyhole, it quickly becomes clear why it’s on the market for such a knockdown price.

Piles of rubble, a broken toilet and smashed up kitchen means any potential buyer has a major project on their hands.

The so-called ‘house of horrors’ is being auctioned for a £1 by SDL Auctions just in time for Halloween.

Valuer Neal Hume said: “This property may be a ghost of its former self but any serious investor will have the vision to see beyond the disrepair and imagine the possibilities.

“It’s actually a really lovely house with some attractive features such as original fireplaces and picture rails.

“With good-sized rooms, an upstairs bathroom and a garden, all the main ingredients are there and I’m sure there are many investors who won’t be able to resist the opportunity to perform a spectacular transformation on the property.”

On the ground floor, the property has a hallway and kitchen and two reception rooms, with 1930s fireplaces.

The front room has a large bay window, while the rear reception room has French windows leading out into the garden.

Upstairs there are three bedrooms – two with original cast iron fireplaces – and a bathroom.

Outside there is a small yard at the front and a good-sized rear garden.

The average property price in the same road is more than £200,000 meaning the buyer could snap up a home for the same price as a bag of sweets.

The street also boasts shops and close links to a railway station and is just six miles from the centre of Birmingham.